University of Pittsburgh
Center for Philosophy of Sciences
United States

Understanding how behavioral diversity arises and is maintained is central to evolutionary biology. Genetically based inheritance has been a predominant research focus of the last century; however, nongenetic inheritance, such as social transmission, has become a topic of increasing interest. How social information impacts behavior depends on the balance between information gathered directly through personal experience versus that gleaned through social interactions and on the diffusion of this information within groups. We investigate how female Drosophila melanogaster use social information under seminatural conditions and whether this information can spread and be maintained within a group, a prerequisite for establishing behavioral transmission. We show that oviposition site choice is heavily influenced by previous social interactions. Naïve observer flies develop a preference for the same egg-laying medium as experienced demonstrator flies conditioned to avoid one of two equally rewarding media. Surprisingly, oviposition site preference was socially transmitted from demonstrators to observers even when they interacted in a cage with only unflavored, pure agar medium, and even when the observer flies had previous personal experience with both rewarding media. Our findings shed light on the diffusion process of social information within groups, on its maintenance, and ultimately, on the roots of behavioral local adaptation.

Many biologists are calling for an ‘extended evolutionary synthesis’ that would ‘modernize the modern synthesis’ of evolution. Biological information is typically considered as being transmitted across generations by the DNA sequence alone, but accumulating evidence indicates that both genetic and non-genetic inheritance and their interactions have important effects on evolutionary outcomes. I will define the terms of nongenetic inheritance and briefly review the evidence for such effects of epigenetic and cultural inheritance, and outline methods that quantify the relative contributions of genetic and non-genetic heritability to the transmission of phenotypic variation across generations. These issues have major implications for diverse domains, including medicine where they may profoundly affect research strategies. For instance, non-genetic inheritance may explain a significant part of one of the major enigma of current molecular biology, namely missing heritability, which concerns many human supposedly genetic disorders. The missing heritability rather suggests that we should broaden our view of inheritance by including non-genetic inheritance into an inclusive theory of evolution.

The importance of diet and gut bacteria for host health and fitness is well known across vertebrates and invertebrates. In many instances these associations are variable and flexible, but still of fundamental importance to our understanding of animal biology. In the Mediterranean Fruit Fly (medfly) a pest insect of great agricultural importance, it is known that interactions between diet and gut bacteria can have a significant influence on host development, female fecundity, male mating speed and female survival. There can even be vertical transmission of commensal gut bacteria from mother to offspring, via inoculation into the fruit during oviposition and subsequent ingestion by the developing larval offspring. The composition of microbes is affected by larval and adult diet, which explains why laboratory-reared fruit flies, with a relatively invariant diet, generally seem to have restricted microbial communities in comparison to wild fruit flies. However the precise relationship between diet, gut bacteria and host fitness has not been systematically studied in this pest of economic importance. We address this gap by a study in which we systematically altered larval dietary components and found effects on host development, mating success and gut microbiota. In addition we present data to show that these were trans-generational effects, with non-genetic parental influence on the development of offspring. 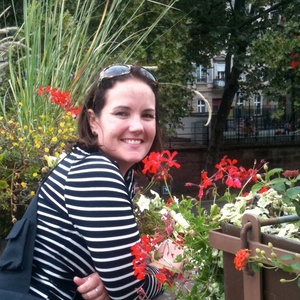 Telegony, a belief that was once widely accepted but now largely dismissed, is the hypothesis that offspring occasionally inherit characters from a previous mate of their mother. Although telegony seems unfeasible under Mendelian laws of inheritance, mounting empirical evidence for nongenetic inheritance mechanisms reinvigorates the hypothesis. In the neriid fly, Telostylinus angusticollis, fathers transmit their environmentally-acquired condition to offspring: large fathers that are reared on a high-quality larval diet produce larger offspring. Males show no obvious forms of paternal investment or care, and thus the mechanism mediating the effect of paternal condition on offspring body size is not known. As a first step towards disentangling whether the effect is borne by the sperm itself or by accessory-gland products (ACPs) in the seminal fluid, we mated females initially to a male in high or low condition and then remated the female to a new male in high or low condition two weeks later. Interestingly, offspring size and viability were determined by the condition of the first male, with no effect of the condition of the second mate. Genetic tests confirm this result holds even when the second male is the biological father of the offspring. These findings suggest the paternal effect is mediated by ACPs, and provide a compelling case for reassessing the possibility of telegony as a valid phenomenon. 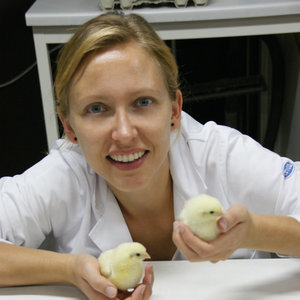 The environment can influence an animal phenotype during various stages of an animal’s life but during embryonic development animals are especially susceptible to changes in their environment due to the speed and complexity of development at this time in life. Changes in the prenatal environment often reflect and are due to changes in the parent’s environment. Phenotypic alterations induced during this early period in life are therefore particularly intriguing because they demonstrate that environmental changes in one generation can influence the development and phenotypic expression in the next generation. Currently researchers are exploring the role of maternal stress during egg formation in oviparous species as an inducer of phenotypic plasticity in offspring. Maternal stress is often reported to reduce the phenotypic quality of the offspring, but it has also been suggested that these maternal effects might prepare offspring for a stressful environment. However, in most studies the environmental conditions in the postnatal environment in which the offspring are raised and tested are ignored. In this study Japanese quail females and their offspring were either heat stressed (35 °C) or housed at control temperature (22 °C) in a split-brood design. Offspring matched to their mother’s hot environment had a significantly faster corticosterone response to 10 min. intense heat stress (40 °C) and a significantly faster recovery than offspring of control mothers. Offspring matched to their mother’s environment had significantly lower but similar corticosterone response to a single ACTH injection and significantly higher but similar respiratory quotient compared to offspring mismatched to their mother’s environment. These results demonstrate that some effects of maternal heat stress are not express if offspring are raised in the same stressful environment and that maternal heat stress might prepare offspring for high temperatures in their postnatal environment.

Maternal exposure to predators: how to prepare offspring to a risky natal environment?

Predation risk is a strong force inducing morphological, physiological and behavioural responses. As predation risk is often higher in early life, antipredator defences should be produced at a juvenile stage. Maternal effects are a good tool to produce antipredator defences early in juvenile life. We investigated if maternal exposure to predator cues during gestation affected juvenile morphology, behaviour at birth and life-history traits in common lizard (Zootoca vivipara). We exposed 22 adult females to cues from a saurophagous snake (Hierophis viridiflavus) for one month of gestation and 22 other females were kept unexposed. At birth, juveniles were measured and tested for thermal preferences and activity levels in presence or in absence of predator cues, and then released in semi-natural enclosures connected to a corridor allowing to monitor dispersal. We also quantified survival and growth rate at the end of the season by capture-recapture sessions. Offspring born from exposed mothers had longer tails at birth and at an older age and preferred lower temperatures than juveniles from unexposed mothers. Tail autotomy and decreased basking behaviour are common antipredator behaviours and thus our results suggest that mothers can prepare juveniles to risky environments. Juveniles from exposed mothers also increased their activity levels in response predator cues showing better abilities to recognize such cues. This increased activity, along with an overall increase in dispersal probability, show that mother also manipulated juvenile flight response. In response to predation risk, mothers can manipulate offspring phenotype to make them more adapted to their natal environment or increase their dispersal ability to find more suitable habitats. Our results show that, in common lizards, these two adaptive mechanisms act conjointly in order to improve offspring survival to predators.

We have studied two processes of non-genetic inheritance in a social mammal with linear dominance hierarchies. Firstly, in such species, the social status of an offspring at adulthood is often similar to the social position held by their mother; a phenomenon termed “rank inheritance”. Mothers may influence the rank obtained by their offspring at adulthood in at least three distinct ways: 1) the direct genetic inheritance of maternal traits that influence resource holding potential might predispose offspring to obtain a rank similar to that held by their mother, 2) the pre-natal maternal environment might influence offspring rank if foetal exposure to maternal androgens is related to maternal status and affects offspring competitiveness, and 3) maternal behavioural support, a component of the post-natal maternal environment, may help offspring to dominate those individuals that are subordinate to their mother, thereby assisting offspring to acquire a rank similar to that of their mother. We simultaneously test predictions derived from these three potential maternal effects on offspring rank acquisition at adulthood, using rare cases of offspring adoption detected by microsatellite profiling. We demonstrate that adopted offspring acquire a rank at adulthood similar to that of their surrogate mother and that the competitive ability of offspring at adulthood was best explained by post-natal maternal behavioural support. Secondly, we use long-term data to also show that high-born offspring have higher growth rates, are more likely to survive to adulthood and start reproduction at an earlier age than offspring of lower ranking mothers – thereby demonstrating a maternal ‘silver spoon effect’ in spotted hyenas. 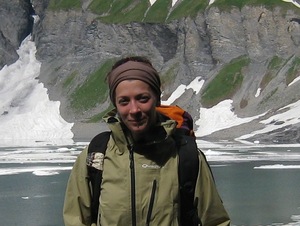