Vasopressin modulates a range of socio-reproductive behavior in mammals, largely through its interaction with expression of the arginine vasopressin receptor 1a (avpr1a). In microtine voles, the length of the microsatellite locus situated in the avpr1a promoter region regulates expression of this gene in certain regions of the brain and this has a concomitant effect upon a variety of male-associated behaviors. We quantified the effect of variation in the length of the microsatellite in the promoter regions of avpr1a upon reproductive success in semi-natural populations of bank voles (Myodes glareolus). After artificial breeding was used to create lines with contrasting microsatellite genotypes, we released animals into 0.25 ha enclosures in the field and measured survival and reproductive success over a breeding season. Our study revealed a sex-by-density interaction for avpr1a microsatellite length, such that males with longer- and females with shorter- avpr1a microsatellite alleles enjoyed greater reproductive success in low density populations; conversely, males with shorter- and females with longer- avpr1a alleles produced more offspring in high density populations. Both sexually antagonistic selection and density dependent selection are reasonable candidate mechanisms behind the maintenance of variation in microsatellite allelic diversity in avpr1a. 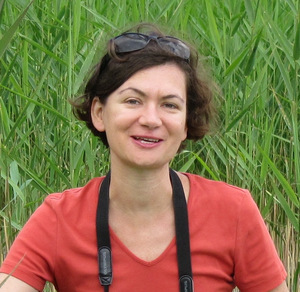 All eggs are made equal

Maternal effects mediated by egg size may have profound effects on offspring fitness. Sex-biased resource allocation in birds gains increasing interest, but it is not known to what extent the egg sexual size dimorphism (SSD) is a wide-spread phenomenon in this group. To answer that question we performed meta-analysis of 33 published and 2 unpublished studies, which included information on egg SSD of 31 avian species. Many of those studies suggested adaptive explanation for the reported egg SSD, which helped us to formulate predictions for our analyses. In some species, egg SSD was suggested to promote future size differences between the adults. If that is the case, then across species, adult SSD should be a significant predictor of egg SSD. However, in other species, egg SSD was invoked as an adaptive means by which a female balances nestling mortality differences between sexes, therefore producing bigger eggs for the smaller sex. Based on these two hypotheses, we derived a general prediction that there should be a significant relationship between the magnitude of adult SSD and the magnitude of egg SSD irrespective of the direction of those differences. Our analyses found no support for either of those hypotheses. Across species, adult SSD does not predict egg SSD. More importantly, our meta-analysis revealed no heterogeneity, with the meta-analytic mean very close to 0. That is, the observed variation in effect sizes in our dataset was almost exclusively explained by sampling error and there was no difference in avian egg sizes between the sexes whatsoever. Although adult SSD is undoubtedly a prominent feature of avian species, we conclude that, in general, there is no evidence for egg SSD across bird species.

Can mutational load be reduced through selection on males?

Context-dependent plasticity of reproduction in the common goby (Pomatoschistus microps)

Reproduction in animals can be highly variable with characters like reproductive rates and reproductive success being affected by numerous abiotic and biotic factors. Different populations of one species usually experience different kinds of such external influences. Likewise, there are often temporal changes in the environment, e.g. in the course of the progressing breeding season. By differentially affecting reproduction in males and females this social and population ecological context can also determine the direction and strength of sexual selection. While most research on sexual selection thus far has ignored this background, this study is specifically addressing the interactions between reproduction, sexual selection and its natural context, using the common goby (Pomatoschistus microps) as a model species. This small marine fish has exclusive paternal care, a resource-based mating system and plastic sex roles. Additionally, it occurs throughout the Baltic Sea and its distribution thus naturally stretches over steep environmental gradients. In this study, we investigated how different seawater temperatures and adult sex ratios affect reproduction, the operational sex ratio and intra- and intersexual competition in a controlled laboratory experiment. We found that warmer water led to higher reproductive rates in both sexes. However, this increase was much higher in males. Other preliminary results show larger clutches and higher reproductive rates under female-biased conditions. This study thus helps to further our understanding of the context-dependency of reproduction and we will discuss how this ultimately affects sexual selection. 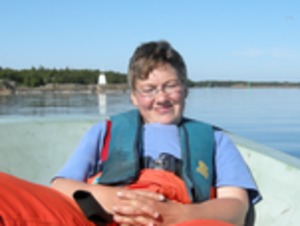 Most research on sexual selection thus far has been carried out while ignoring the social and population ecological context. Here I address the question how sexual selection and its natural context interact in a small annual marine fish with exclusive paternal care, the common goby (Pomatoschistus microps). Specifically, field experiments were carried out to study interactions between operational sex ratio, reproductive rates, mate competition and nest availability and its impact on reproductive decisions. The results elucidate the seasonal plasticity of sex roles in populations with changing environmental contexts and highlight the importance of nest density. Insights in temporal dynamics of the mating system interacting with the natural context and its potential population level evolutionary consequences shall be discussed.

The establishment of non-recombining regions is a critical early step in the evolution of sex chromosomes. To compensate for the resulting difference in the expression of X-linked genes the heterogametic sex will increase the expression of X-linked genes or the homogametic sex will shut down one of the X chromosomes. This process is known as dosage compensation. It has recently been suggested that incomplete or imperfect dosage compensation may have a stronger influence on sex-biased expression than previously thought. We use the threespine stickleback (Gasterosteus aculeatus) as a model system to study the role of dosage compensation in the evolution and maintenance of sex-biased gene expression. Threespine sticklebacks constitute a particular interesting system in this respect because its chromosome group 19 are nascent sex chromosomes: Whereas there is still recombination between sexes in the region spanning the first 3 million bases on the chromosome, recombination is significantly reduced in the region from 3-12 million bases. The last 6 million bases are mostly deleted from the male Y-chromosome. We collected five specimens of each sex from a benthic and a limnetic population in four Alaskan lakes, respectively, and utilized deep RNA sequencing of brain tissue to study gene and transcript isoform expression differences between the sexes. Preliminary results from expression of genes corresponding to the missing region of the X chromosome suggest no dosage compensation as the expression pattern is indicative of a copy number variation biased towards females. In other areas of the genome, there is more varied sex-biased expression. 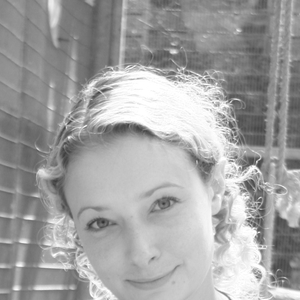 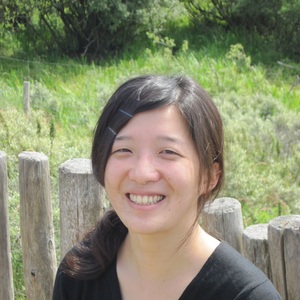 Extending sex role research to hermaphroditism: post-copulatory alteration of male and female functions via seminal fluid in a freshwater snail

There are generally two sex roles that can be expressed separately (males and females) or simultaneously (hermaphrodites). Several fundamental differences in reproduction between these two sexual systems invoke interesting questions for generalization of sex role research. For instance, in contrast to separate sexes, a hermaphrodite theoretically has the unique possibility to alter its mating partner’s male as well as female functions to its own benefit. Here, we present the first study of such mate influencing in the great pond snail Lymnaea stagnalis. Previous work has shown that proteins in the seminal fluid delay egg mass production in sperm recipients, something that also becomes apparent from multiple mating experiments. We now report that this seems to be beneficial for sperm donors, as delayed egg mass production leads to more investment per egg. In addition, we found that recently-inseminated sperm donors transfer half the amount of sperm to mating partners, which is also caused by male accessory gland products. Crucially, we reveal that, as a consequence, these donors obtain less paternity success. This decrease, which reduces the male function of recipients, would be beneficial for donors if recipients invest more in their female reproductive output in response. In other words, they seem to invest less in their ejaculate and more in their eggs. These two functions of seminal fluid in a hermaphrodite suggest their unique post-copulatory opportunities, in contrast to gonochorists. It would be interesting for future research to test if these post-copulatory effects of seminal fluid proteins alter evolutionary trajectories under various sexual selection scenarios.

Institute for Evolution and Biodiversity, University of Muenster
Germany

Evolutionary explanations for ageing are based on the observation that the strength of selection often wanes with age. While this is well established for natural selection, data on the age-specific expression and benefits of sexually selected traits are lacking. Here we present work to address this omission. We report the responses of Drosophila melanogaster females of different ages to receipt of an ejaculate protein, the sex-peptide (SP) transferred to females during mating. SP can mediate sexual conflict as it can cause fitness costs in females, while simultaneously benefitting the males that transfer it. Virgin and mated females of all ages showed significantly reduced receptivity to further mating in response to SP. However increases in egg laying in response to receipt of SP were observed only in young virgin females. Hence there was a narrow demographic window in which males could maximise the fitness benefits gained by transfer of SP. The pattern of female responses to SP reversed with increasing female age, hence altering the opportunity for selection. The data reveal a new example of demographic variation in the strength of selection, with convergence and conflicts of interest between males and ageing females occurring over different facets of responses to a sexually antagonistic trait.