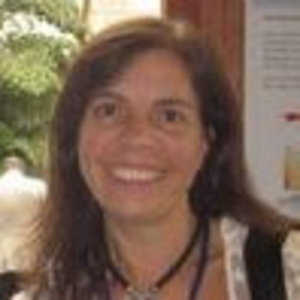 The mismatch between education and research on Evolutionary Biology in Spain

Since the Renaissance, cultural traditions, moral prejudices and social structure have hindered the development of modern science in Spain, with a minor burst during the 18th c. Political instability during second half of the 19th c. was also coincident with the development of Darwinian ideas, which had little impact on the Spanish cultivated class, with some noteworthy exceptions. This situation spanned most of the 20th c. until the economical burst of the 60’s, when science became a pursuit of increasing interest for Spanish leaders. With the advent of democracy in the late 70’s and early 80’s scientific achievements became a prominent goal progressively assumed by a rapidly growing middle class and normalized research programs and procedures were established. As a result, Spain currently ranks ninth in the world in the amount of relevant scientific production. Biology has shown a paradigmatic progress, and evolutionary biology has been one of its fastest growing fields. In contrast, teaching of evolution at different educational levels, from secondary schools to postgraduate programs, has been surprisingly neglected. Thus, evolutionary biology shows a mismatch between teaching ad research that deserves an explanation. Here we present statistics that document the extent of the mismatch. By comparing with other countries and other science fields, we examine what the possible causes might be. We propose that evolutionary-like processes such as founder effects and drift due to initial low number of practitioners, or selective processes against individuals in non-organized groups, might explain this distortion. Mirroring evolutionary processes, social processes such as those involving a scientific community have some delay in showing the consequences, which we aim to foresee in the hope of preventing them.

The role of chance in Evolution: how to teach it in the classroom

Comprehend the role of chance in evolutionary processes has been one of the most notorious difficulties in the practice of teaching and learning of evolution. Historical research has noted the persistence of teleological and finalist thinking even after taking courses of evolution. The proposal is based on the builder metaphor (or the architect metaphor) used by Charles Darwin to explain the causal disconecction between variation’s origin and the process of natural selection (C. Darwin, 1868, The variation of animals and plants under domestication). Darwin developed this rethoric form to show the contingency (or chance) in the evolutionary history of the species, and to explain that variations that arise from natural causes, they do not have in their origin any relation to the adaptive role that variations have in the life history of organisms. This proposal is divided in three sections: First, a description of the builder metaphor; second, how the metaphor can be used to explain the role of chance in a human-made construction: a “stone snake”, and third, an explanation of the role of chance in the origin and evolution of rattlesnakes (Crotalus sp), emphasizing the following characteristics: elongated body, lack of limbs, flathead distinguished from the body, and three specific characteristics of the genus Crotalus: specialized dentition or solenoglyph, sensitive pits to infrared light and the rattlesnake. This proposal is intended for teachers of upper secondary education and seeks to explain schematically trough illustrations the role of chance in evolutionary processes.

University of Lausanne
Department of Ecology and Evolution
Switzerland

Visualising the development of evolutionary thought: a graphical outreach project

The general public remains confused about evolution. To prevent creationism from taking hold, there is a pressing need for both clarification and – just as importantly – inspiration. The aim of this infographic is to trace the progression of evolutionary thought from pre-Darwinian times to the present in a visually striking way. Standing at the intersection of science and art, this work shows through an innovative use of colour, text and graphics how evolution by natural selection has come to be established as the dominant force explaining the diversity of life. Our aim is to communicate the facts of evolution – but also inspire and excite – using a creative, compelling design to attract the eyes of people not normally interested in science. This poster will be made available both on request and online.