The University of Basel
Department of Environmental Sciences
Switzerland

Ecological and molecular cues for colour change in a marine fish

Coral reef fish are among the most colourful and beautifully patterned organisms on the planet; however, understanding the function and evolution of such coloured visual signals is unclear. Possible ways in which we can start to unlock the processes that have created such diversity in colours and patterns is to understand: 1) the molecular capacities that allow signal emergence, 2) how such visual signals are perceived by others (predators, competitors and potential mates), and 3) how this drives the evolution of such signals. To address these questions we are currently using the coral reef fish Pseudochromis fuscus as a model system. It is a species that exhibits multiple colour morphs, has the ability to change colouration between morphs, and is considered a putative aggressive mimic. However, the environmental cues that drive and the molecular basis that enable the species to change colour remain unclear. To investigate these questions we are using a multidisciplinary approach by combining behavioural, neurophysiological, cell histological and molecular methodologies. First results indicate mimicry as the main trigger for colour change in Pseudochromis fuscus. However, other benefits such as cryptic and predatory advantages might be associated with colour differences in this species. Ultimately we aim to better understand how colourful signals evolve, what kind of selective pressures might act on them and whether there are molecular similarities between the signal co-evolution of mimic and model species.

Effect of Wolbachia infection on the courtship song of Drosophila paulistorum and D. equinoxialis

Understanding the processes that can lead to speciation are one of the main goals in evolutionary biology. It has been proposed that coevolution between parasite and its host can potentially drive speciation. A good model for studies of infectious speciation is the neotropical fly Drosophila paulistorum spp.. This species complex is currently under incipient speciation in nature and consists of six semispecies that are in an obligatory mutualistic relationship with bacteria of the Wolbachia genus. Previous studies have determined that infection with Wolbachia is associated with hybrid inviability and male sterility. Interesting enough, Wolbachia not only cause postzygotic isolation in the D. paulistorum complex but also prezygotic isolation through an influence on assortative mating between the different semispecies. These data suggest that the infection is modulating some courtship signal that allows self-recognition among the semispecies. Among the different male signals involved in mate recognition in Drosophila species, courtship song is one of the most studied and is well known to affect isolation between close related species. Here we recorded the courtship song of males from three D. paulistorum semispecies and also of its sibling species D. equinoxialis comparing wild type infected lines with lines treated with antibiotics where the bacteria titer were reduced. Our result shows a significant variation in the interpulse interval (IPI) associated with the infection with Wolbachia in all groups. We discuss whether the changes are likely to influence sexually selection or are more likely to reflect changes in male condition following curing of the Wolbachia infection.

How can a sexually selected exaggerated male trait be reduced or lost?

What drives the evolution of male specific conspicuous traits? Sexual selection is known to act via female preference for exceptional traits. However, using phylogenomic (RAD sequencing) analysis we have shown that a definitive example of such a trait, the exaggerated caudal fin (or sword) specific to Xiphophorus fish, is likely to have been lost during the evolutionary history of this genus. If such a trait is subject to strong sexual selection, how can it be lost? To address these questions we used the green swordtail fish, Xiphophorus hellerii, whose sword is a textbook example of female association preferences. Classic studies have demonstrated through association tests that females prefer males with long swords, and even species whose males lack this trait prefer males with an artificial sword over their own non-sworded males. Here, we extend these findings by using a natural population setting, where males and females could freely interact and choose mates, to show that female preferences are highly likely to involve an array of male traits. By conducting independent replicate experiments we find no significant difference in paternity success between long and short sworded males, and in any given replicate females tended to choose the same male. Further, by genotyping sperm stored in the female ovary we provide the first indication that post-copulatory sexual selection may play a role in the paternity success of different males. Previous studies have largely painted a picture of the sword as the main determiner of reproductive success. Under this scenario, the repeated loss of the sword is paradoxical. By considering male sexiness as a more multivariate trait these losses can be explained by changes in the environment and fluctuations in population size. 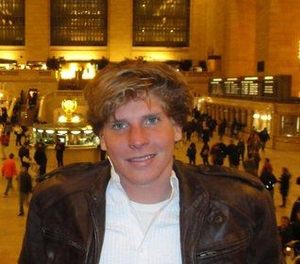 Reproductive isolation (RI) is the key requirement for speciation and, as a possible first isolation barrier, premating RI can be particularly important during early speciation stages. In our study we address premating RI between Gryllus texensis and G. rubens, two closely related sympatric species of field crickets. Male crickets attract females with a calling song, a cue used for species recognition. Previous studies have shown that the two species differ in pulse rate of the song and in female preference for pulse rate, but not much is known about other song parameters or about hybrid preference. In this study we discuss the following two questions: (i) which (other) parameters of the calling song play a role in premating isolation; (ii) which part of the song (and song-preference) parameter space do laboratory-bred F1 and F2 hybrids occupy? For both species, male songs were individually recorded in an anechoic chamber to analyze the within and between species variation for several temporal parameters and for carrier frequency of the song. Female preference was measured using two set-ups. First, two-choice arena experiments were used to test the strength of the preference for either con- or heterospecific (artificial) songs broadcasted by two juxtaposed speakers. Second, by mounting a female upon a sphere opposite to two orthogonally placed speakers, we tested her preference for a range of stimuli. Pulse rate (pulses s-1) and duty cycle (duration relative to the period) were the most important temporal parameters for species separation. Additionally, preliminary results showed that G. texensis preferred a higher carrier frequency than G. rubens, while males of both species sang at a similar frequency. Hybrid song and preference had intermediate values, with preliminary results indicating a bias towards the maternal parent species. 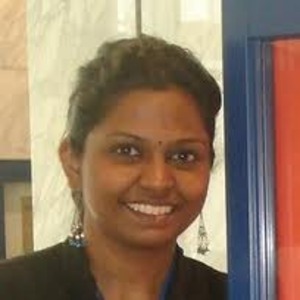 Reproductive traits often evolve rapidly and can be important in generating sexual isolation, restricting gene flow between diverging populations. In particular, pre-mating discriminating mechanisms, such as courtship behavior, can evolve faster than other types of traits. Here, we present a detailed study of mating behavior and sexual morphology in two populations (Costa Rica & Panama) of the widespread neotropical sepsid fly Archisepsis diversiformis. We find that (i) despite overall similarities in courtship repertoires, some behavioral elements performed during mating are clearly population-specific, and (ii) these populations exhibit clear pre-mating isolation when tested one-on-one. Nevertheless, mass-container population crosses (perhaps similar to situations that occur in the wild) did produce viable F1 offspring after extended exposure. (iii) Furthermore, morphometric analysis indicates that the populations differ significantly in male and female wing shape but only moderately in the shape of the grasping structure on the male fore femur, and not at all in the male genital clasper shape. (iv) Finally, a comparison of the fast-evolving cytochrome oxidase subunit I (COI) gene fragment indicates that individuals from Costa Rica & Panama are genetically highly similar, forming a strong monophyletic cluster with uncorrected pairwise distances ranging from 0.5-1.6%. This study documents that behavior diverges faster than morphology, which may play a role in impeding gene flow between these two populations. We argue that fine-scaled behavioral work is important when studying incipient sexual isolation and ongoing processes of speciation among widespread species.