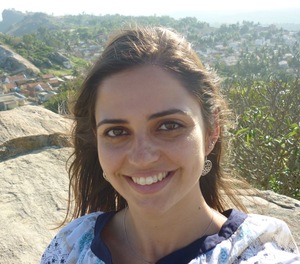 Hybridization has long been considered to play a major role in the evolution of plant and animal taxa, occurring as a simple exchange of interspecific genetic material, or even originating new species. In mammals, reports of hybridization and hybrid speciation are particularly rare when compared to other taxa like insects and fish, which is either a consequence of unfavorable ecological and physiological conditions, or a lack of empirical studies. In cetaceans, there have been several reports of hybridization in captivity and a few others in the wild. The prominent karyological uniformity found to exist in these species may justify the potential to produce viable hybrid offspring more easily than other mammals. In this study we use sequences from one mitochondrial and six nuclear DNA regions in order to understand the evolutionary origin of the Clymene dolphin, Stenella clymene, which is thought to have originated through hybridization among two other species, Stenella coeruleoalba and Stenella longirostris. We report a discrepancy of results between markers, with the mitochondrial genome of S. clymene being more similar to that of S. coeruleoalba, and the nuclear genome being more similar to S. longirostris. We have also found two S. clymene x S. longirostris hybrids, confirmed with genetics and morphological characters. We suggest that introgressive hybridization and hybrid speciation have been important phenomena in the origin of the Clymene dolphin. Overall, our results have strong implications not only for the clarification of the evolutionary relationships among species of the genus Stenella, but also for our understanding of hybrid speciation and the establishment of reproductive isolation barriers in mammals.