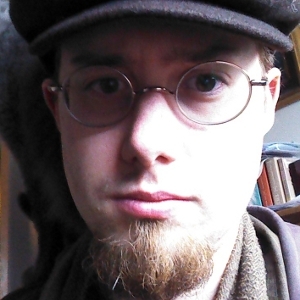 The principle of competitive exclusion states that species competing for identical resources cannot coexist, but this appears paradoxical given myriad ecologically similar competitors. Theory shows coexistence is possible if a fluctuating environment changes the competitive dominance of species, but only when environmental variation leads to non-linear or non-additive population growth. Non-additivity facilitates coexistence when competition and environment covary in their effects on growth such that competition is weaker in poor environments. The variation required to facilitate coexistence is typically interpreted as a physical aspect of environment. We investigate a system that might be considered constant under such interpretations, but show a hidden source of temporal variability relying on fluctuating dispersal distances between resource patches. We model populations that use resources in discrete, ephemeral, patches. Such ephemeral patch systems often support many competing species. We frame our model with respect to the highly diverse non-pollinating fig wasp communities that oviposit and develop within fig fruit. Using numerical and individual-based models, we show that temporal storage of larval wasps leads to long-term community coexistence under a wide range of biologically realistic parameter values when wasps face a trade-off between dispersal ability and fecundity. We empirically test whether or not such a trade-off exists in a community of five competitor species of non-pollinators associated with Ficus petiolaris. We find strong evidence of a negative correlation between species dispersal abilities and fecundities, which we present as an extreme case in which a single fluctuating environmental variable appears to mediate coexistence in a community of competitors. We suggest that fluctuating environmental conditions may drive coexistence more generally, especially among competitors regularly dispersing between ephemerally available habitat patches.