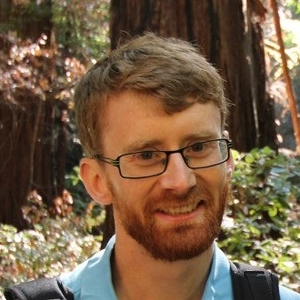 Genetic trade-offs and the evolution of human life-histories

Understanding life-history trade-offs is fundamental to explaining the diversity of life-history strategies in nature, and determining the genetic basis of trade-offs can identify how evolutionary constraint maintains life-history variation. Humans have evolved an unusual life-history compared to other primates, characterized by the menopause and long female post-reproductive lifespan (PRL). These have been hypothesized to evolve to enable (i) reduced reproduction when the costs of reproducing exceed the benefits, and (ii) enhanced grandchild survival. Previous tests of these hypotheses have examined phenotypic correlations between female reproductive rate and (i) PRL and (ii) offspring survival. However, environmental effects can mask genetic associations, and the direction and magnitude of these genetic correlations must be examined to determine the evolutionary potential of such traits. Using genealogical data from preindustrial Finnish church records for eight populations, we applied a multivariate quantitative genetic framework to examine the genetic basis of female reproductive rate, measured by inter-birth interval (IBI). We examined how additive genetic effects on IBI changed with age, and how age-specific genetic effects varied across environmental conditions. We determined the genetic trade-offs between IBI and both PRL and offspring survival, and how these trade-offs varied across ages and environments. Pilot analyses on four populations show a genetic basis to all traits, and suggest that genetic trade-offs between IBI and the other traits increased with age in poor environmental conditions, but were weak and age-independent in good conditions. IBI and PRL were positively related to lifetime fitness, suggesting that genetic trade-offs act as an evolutionary constraint. Our results will reveal new insight into human life-history evolution and generally highlight the fact that genetic correlations between traits may be age- and environment-dependent. 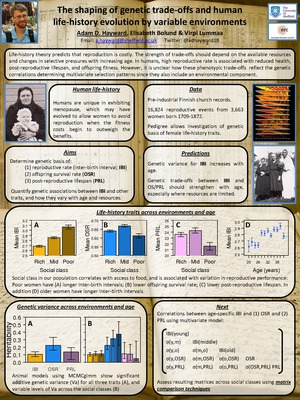