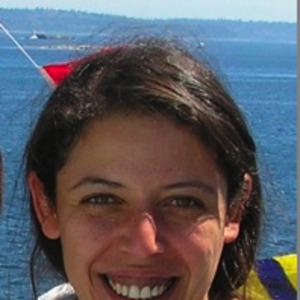 Author(s): El Nagar A, MacColl A

The role of parasites in driving the evolution of hosts is poorly understood. Adaptive evolution occurs with a change in adaptive allele frequencies derived either from standing genetic variation or from new mutations. Looking at population structure of adaptive genes together with neutral markers may reveal whether the adaptive traits that differ between populations are likely to have resulted from divergent selection or genetic drift.

Parasites can be potent agents of selection which act both directly on survival and have also been known to affect mate choice. The three-spined stickleback Gasterosteus aculeatus is a good model system to study mechanisms of adaptive evolution due to its propensity to radiate into young postglacial habitats. We have surveyed the composition and abundance of parasites in stickleback populations on the Island of North Uist, Scotland for four years, and conducted infection experiments on lab bred naïve progeny. Our previous results show that populations display adaptation to their parasites in that they are resistant to naturally occurring parasites. Furthermore this is genetically based; maternal effects were ruled out through breeding schemes and experiment replicates over generations.

An RNAseq experiment was conducted and used to identify genes that were differentially expressed when fish were experimentally infected with a parasite. Some of these genes were selected together with known candidate immune genes. Linked microsatellites were found and genotyped together with a set of neutral microsatellites (as controls). Stickleback samples were from populations with known parasite communities. Any detectable selection on these loci, together with adaptive (immune) and neutral structure will be presented in correlation with parasite composition.