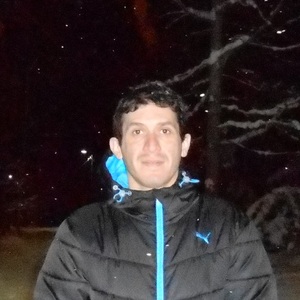 Domesticated animals can serve as models to study evolutionary processes. The hormonal stress responses of wild and domesticated animals have rarely been thoroughly compared. The Red Jungle fowl (RJF) is considered to be the main ancestor of all domesticated chicken breeds. The aim of this study was to investigate the impact of domestication on behaviour and reactivity of HPA/HPG axis to a stressful physical restraint episode. Using liquid chromatography tandem mass spectrometry methods (LC-MS/MS), plasma concentrations of 5 classes of steroids, namely, pregnanes, progestines, androgens, estrogens and glucocorticoids were measured at basal level, 10 and 60 minutes after restraint in domesticated female White Leghorn (WL) and RJF. In behaviour tests, WL had a slower stress recovery, whilst RJF resumed baselines in behaviour more quickly. Corticosterone level was significantly influenced by the stressor (p ≤ 0.001) in both breeds. RJF had significantly higher acute stress response (p ≤0.05) but quicker stress recovery compared to WL. In RJF, most other hormones were not influenced by the stressor while they were mostly significantly affected in the domesticated WL. Among the hormones which were differently altered in WL and RJF, dehydroepiandrosterone (DHEA), an androgen which is also involved in social and aggressive behaviour in birds, showed the most pronounced breed difference (p ≤ 0.005) and response to stress (p ≤ 0.001) in WL and might be highlighted as an important hormone in relation to both stress and domestication of chicken. To our knowledge this is the first comprehensive study, investigating the impact of stress on behaviour and a wide range of steroid and neurosteroid hormones in any domesticated animal and it´s wild ancestor. In conclusion, our study shows that the domesticated phenotype in chicken is related to lower HPA axis reactivity and higher HPG axis activity, which cannot be maintained in stressful situations.

Effects of a mutation in the adrenergic receptor gene ADRA2C, selected during chicken domestication, on gene expression, receptor density and behaviour

During domestication, chickens have been selected for genotypes which confer selective advantages in conditions under human care and rearing, but little is known about the detailed genetic mechanisms involved. In a recent study of selective sweeps associated with domestication, resequencing of different chicken breeds reveled a number of strongly selected loci. One of those, containing the α-adrenergic receptor 2C (ADRA2C), was found to be selected in layer chickens. Furthermore, previous studies from our group show that the receptor is hyper-methylated in White Leghorn (WL) chickens compared to the Red Junglefowl (RJF) ancestor, suggesting the gene to be differently expressed. ADRA2C is a presynaptic autoreceptor modulating epinephrine and norepinephrine release within the central nervous system and secretion of epinephrine from the adrenals. A down-regulation is associated with increased catecholamine secretion. Hence, domestication on the receptor might have an impact on stress responses, memory formation and egg production. We used F9-birds from an intercross between domesticated WL and RJF, and selected parents which were heterozygous for the mutation in ADRA2C generating offspring with all genotypes represented. This allowed within-family comparisons of the effects of the mutation against a randomly recombined genome. We used an array of stress related behavioral tests and we measured differences in brain expression of the gene as well as receptor density. Briefly birds with the mutation tended to have impaired associative learning and recovered more quickly after exposed to an aerial predator model. We hypothesize that the domestication of chickens have selected birds with hypo-expressed levels of ADRA2C, generating an increased catecholamine release, and that this has caused modifications of the stress response.