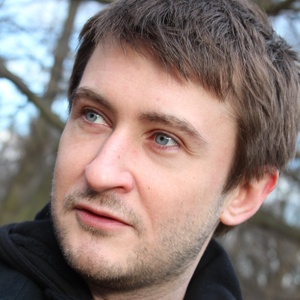 Mother-daughter contract and age at menopause 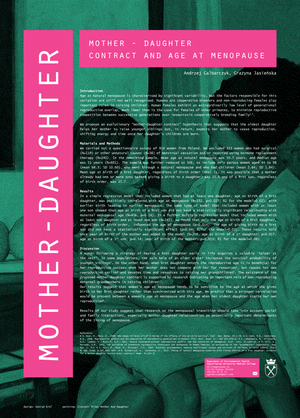 Age at natural menopause is characterised by significant variability, but the factors responsible for this variation are still not well recognised. Humans are cooperative breeders and non-reproducing females play important roles in raising children. Human females exhibit an extraordinarily low level of generational reproductive overlap, much lower than is the case for females of other primates, to minimize reproductive competition between generations over resources. We propose an evolutionary “mother-daughter contract” hypothesis that suggests that the oldest daughter helps her mother to raise younger siblings but, in return, expects her mother to cease reproduction, shifting energy and time once her daughter's children are born.

Data were collected by a questionnaire from 914 Polish postmenopausal women. 506 women, 44 to 98 years old, who had at least one child and who went through a natural menopause were included in the analysis. A woman’s age at menopause was sensitive to the age at which she had her first daughter. The age of giving birth to the first daughter, even when she was not her first child, positively correlated with the age of the mother’s menopause (N=332, P<0.02), while the age of giving birth to a first son did not have a statistically significant effect (N=332, p=0.36).

Results of our study suggest that research on the menopausal transition should take into account mother-daughter relationships as potentially important determinants of the timing of menopause. The existence of the proposed mother-daughter contract is supported by research indicating an important role of older daughters and non-reproducing maternal grandmothers in raising children. We predict that even stronger correlation would be present between a woman’s age at menopause and the age when her oldest daughter starts her own reproduction.