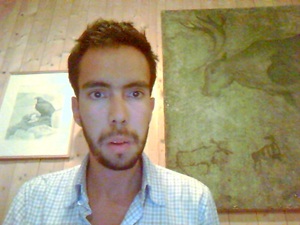 Current threats to biodiversity, such as climate change, are thought to alter abiotic conditions and therefore intra-specific diversity within the highly heterogeneous alpine environments. Assessing the spatial organization and dynamics of genetic diversity present within species can help to predict the responses of organisms to environmental change. In this study, we evaluated whether snowmelt timing imposes restrictions for the gene flow between alpine microhabitats in the common long-lived alpine-artic key species Salix herbacea L. 273 genets across 12 snowbed and ridge localities in the Swiss Alps were surveyed for phenological variation during 2 years and for genetic variation using 7 SSR markers. Differences in snow cover accounted for phenological differentiation among microhabitats of one month on average. Unexpectedly, gene flow appeared to occur freely among microhabitats, elevations, and adjacent mountains suggesting long-distance seed dispersal. Interestingly, ridge sites, which are supposed to resemble future alpine conditions, tended to exhibit lower levels of diversity than snowbeds. Also, patterns of effective population size (Ne) and migration (Nem) among microhabitats were strongly asymmetric, with ridges acting as sources and snowbeds as sinks. Since no recent genetic bottlenecks were detected in the studied populations, these asymmetric patterns are likely to reflect the current meta-population dynamics of the species, rather than ancient recolonization after the last glacial period. We discuss the consequences of these patterns of diversity and gene flow in the light of the extent of local adaptation and the ability of populations to respond to environmental change.