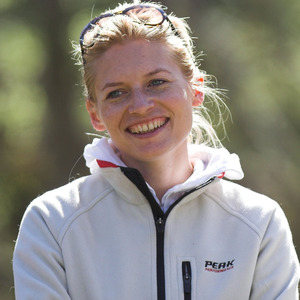 Many devastating pathogens are passively dispersed, and their epidemics are characterized by variation that is typically attributed to environmental factors. Here, by combining laboratory inoculations with wind tunnel and field trials using the wind-dispersed pathogen Podosphaera plantaginis, we demonstrate striking genetic variation affecting the unexplored microscale (<2 m) of epidemics. Recipient and source host genotypes, as well as pathogen strain explain 6-33% of variation of the three key dispersal phases: departure, movement and settlement. Moreover, we find genotypic variation affecting group size of the pathogen dispersal unit, ultimately resulting in increased disease development on hosts nearby the infection source. Together, our results show that the genotypic variation may generate considerable variation in the rate of disease spread through space and time with disease hotspots evolving around initial foci. Furthermore, the extent of genetic variation affecting the entire dispersal process confirms that these traits may be targeted by selection.

On the multitrophic interactions between a fungus, a plant and two insect species

In the archipelago of Åland, Finland, lives the Glanville fritillary butterfly, Melitaea cinxia– a well-known model species for metapopulation studies. One of M. cinxia’s host plants, the ribwort plantain Plantago lanceolata, is also host to the powdery mildew fungus Podosphaera plantaginis. Both M. cinxia and P. plantaginis persist as metapopulations in Åland and some local butterfly populations inhabit patches where P. lanceolata is infected by P. plantaginis. It is known from previous studies that development of M. cinxia larvae is affected by mildew infected diet and, interestingly, a parasitoid wasp, Cotesia melitaearum, that uses M. cinxia as its host, is also affected by the presence of mildew in the host diet. Thus, the powdery mildew indirectly affects the higher trophic levels in this community of different hosts and exploiters. In an ongoing study, we investigate the ability of butterflies and parasitoids to tolerate the mildew effects by taking the natural variation within local populations into account. With a feeding experiment, we compared larvae from butterfly populations that have, or have not, been exposed to mildew infection in the past years. Preliminary results indicate that larvae groups originating from populations with different mildew history, responded differently to the diet treatment. However, this interaction between diet and population history does not show a clear-cut pattern and might need to be interpreted with caution. Interestingly, if population mildew history is not taken into account, there is an interaction effect by parasitism and diet on weight at diapause. In addition, parasitised butterfly larvae in general develop faster and weigh more at diapause than non-parasitised larvae. Currently, the effects on C. melitaearum itself, of developing in hosts fed on mildew-infected diet, are being addressed.