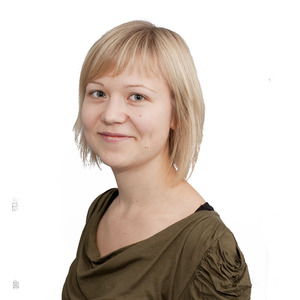 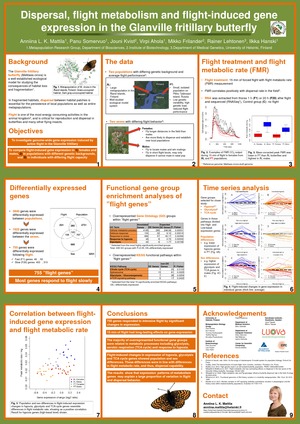 Flight is essential for reproduction and dispersal in butterflies and other flying insects. Studies on the Glanville fritillary butterfly have shown that the higher the rate of flight metabolism an individual can achieve, the higher is its capacity for dispersal in the field. However, thoracic muscles of flying insects exhibit the highest mass-specific rates of oxygen consumption known for any locomotor tissue, making insect flight an energetically demanding activity. Flight that is based on aerobic metabolism may become quickly limited by oxygen conductance to the flight muscles, leading to hypoxia. In this study, we investigate genome-wide gene expression induced by controlled active flight in the Glanville fritillary. We aim to identify genes and pathways that are up- or down-regulated in flight, and we study how allelic variation in annotated genes, gene expression, and flight metabolism phenotypes covary. We compare females and males, which exhibit significant differences in their flight metabolism and movement behaviors, reflecting different functions of flight in the two sexes. Second, we contrast individuals from two natural populations with very different genetic compositions, a large metapopulation in the Åland Islands and a small, completely isolated island population with low genetic variability, high genetic load as well as greatly reduced flight metabolic rate.