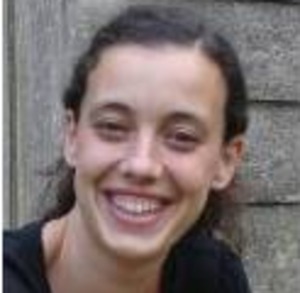 Dung beetles form highly competitive communities and therefore are likely to show patterns of diversification consistent with the diversity-dependent model of radiation, whereby the progressive filling of ecological space, characterized by an initial rapid accumulation of lineages, is followed by a slowdown in net diversification rate. In such cases, further diversification will only be possible following a “key innovation”, which would decouple the rate of diversification in the “innovative” lineage from that in the main radiation. Here, we integrate a well-represented species-level dated phylogeny of the most recent but large dung beetle radiation in Madagascar (Nanos-Apotolamprus radiation, Canthonini) with data on species’ geographical ranges, abundances and body sizes. Results demonstrate an overall decrease of lineage accumulation through time. However, we observe a significant secondary burst of speciation associated with one clade composed of large-bodied species (Clade L, for large), consistent with the “key innovation” model. The secondary increase in diversification rate is associated with a significant increase in body size and striking geographical expansions. It is common in dung beetle communities for large species to be competitively superior to small ones in exploitative competition and hence we suggest that a significant increase in body size has allowed the large species in Clade L to diversify independently of the species in the rest of the lineage. Furthermore, we show that the increased speciation rate in Clade L is most probably associated with competitive release. This is supported by the observation that the total biomass of many species in Clade L is far greater than the total biomass in any of the remaining species. Finally, species in this successful clade have small but almost entirely allopatric distributions: the increase in species number is hence importantly due to divergence in their geographical occurrences.