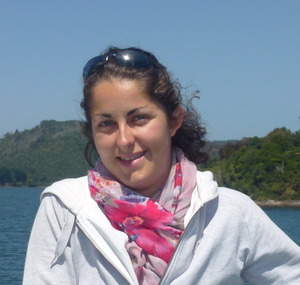 Despite their large population sizes, high fecundity and dispersive potential, marine bivalves maintain adaptive polymorphism that help them cope with local environmental variations. The study of adaptive evolution can be facilitated by examining contact zones between close taxa. In these zones, maintained by endogenic genetic incompatibilities or exogenic barriers, hybrid genotypes persist despite a maladaptation state. The Baltic tellin Macoma balthica offers an opportunity to study the evolution of a hybrid zone within the context of contemporary climate change. A key species in intertidal trophic webs of northwest Europe, this bivalve seems to be affected by the warming of surface waters in the Bay of Biscay as its distribution range contracted 300 km poleward during the last thirty years. On European coasts, two lineages of M. balthica are present, and result from separate trans-arctic invasion events from the Pacific to the Atlantic Ocean, leading to strong admixture and hybridisation. How can these lineages maintain local adaptations? What are the genes implied? While screening for nuclear markers highly differentiated across populations, we found that the nuclear-encoded gamma subunit of the mitochondrial ATP synthase protein complex had high FST values, and may be undergoing adaptive selection. As proteins involved in the mitochondrial oxidative phosphorylation chain are prone to mito-nuclear genetic incompatibilities and contribute to the maintenance of genetic barriers, we have set to sequence eight mitogenomes of M. balthica, describe gene content and genome organisation. Using long-range PCR, these mitogenomes were amplified and sequenced (MiSeq, Illumina). These results will help identify the mitochondrial genes under selective pressure by analysis of non-synonymous to synonymous mutation ratios, and test the hypothesis that the mitochondrial subunits of the ATP synthase complex are under going positive selection, as their nuclear counterpart.