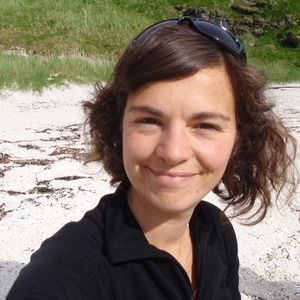 Environmental gradients may select for locally adapted populations. The barnacle Balanus (Amphibalanus) improvisus is found across a broad range of salinities and has during the past 150 years invaded the Baltic Sea with its gradient from fresh water to near marine salinity. This system may serve as a model of how marine organisms may respond to rapid environmental changes, e.g. climate change which is expected to reduce salinity in many coastal areas. We tested the hypothesis that local adaptations to low salinity have evolved during the past 150 years along the stable salinity gradient in the Baltic Sea. Common-garden experiments were performed to characterize physiological plasticity and possible local adaptations. Newly settled barnacles from each of three different geographical areas along the North Sea-Baltic Sea salinity gradient were exposed to different salinities (6 psu, 15 psu, 30 psu), and phenotypic traits including survival, growth, shell strength, condition index and reproductive maturity were recorded. The study showed that B. improvisus is a plastic and highly euryhaline species performing best at intermediate salinities, both in terms of maximum shell size and reproductive maturity. However, the results also indicate that low salinity has sub-lethal effects on fitness-related traits including slower initial growth and weaker shells. Overall, there were weak differences between populations in most measured traits, indicating little local adaptation to specific salinity conditions. However, some traits showed population-specific responses, e.g. that populations from high salinities obtained stronger shells in their native salinity compared to the other populations, possibly indicating local adaptation to different predation pressures. These results show that B. improvisus may be a rare example of a true brackish-water species, and that plastic responses are more likely than evolutionary tracking in coping with future changes in coastal salinity.