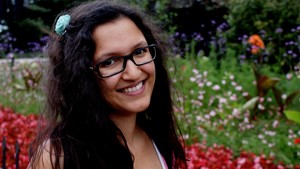 How does developmental plasticity contribute to phenotypic evolution?

The insect ovary consists of parallel repetitive units called the ovarioles, which are assembly lines for the production of eggs. The number of ovarioles is positively correlated with egg production rate and therefore is a morphological trait closely related to fitness. Interestingly, ovariole number exhibits both developmental plasticity and interspecific variation among Drosophila species. These two features of ovariole number provide an opportunity to investigate the contribution of developmental plasticity in evolutionary processes. To address this challenge, our approach is to compare the developmental mechanisms underlying the plastic response with those underlying genetic differences between related species. Here, we discuss how plasticity in ovariole number is regulated in Drosophila melanogaster. Since ovariole number is determined during larval development, we first described how nutrition affects this reproductive trait in carefully staged larvae. Our analysis revealed that early third instar larvae fed on sucrose alone show a stronger reduction in ovariole number than later stages, suggesting an early nutrition-dependent mechanism for ovariole formation. Further, we found that larvae fed on sucrose alone early in the third instar had ovaries with a reduced number of dividing somatic cells. Moreover, they show a delay in the onset of differentiation of the terminal filament cells, which serve as the starting point for ovariole formation. Currently, we are manipulating insulin and ecdysone signalling in the terminal filament precursors to determine the role of each in regulating the proliferation and differentiation of these cells to generate plasticity in ovariole number. This powerful approach will shape our understanding of how the environment creates phenotypic variation through changes in development and ultimately how environmentally-induced variation impacts evolutionary diversification.