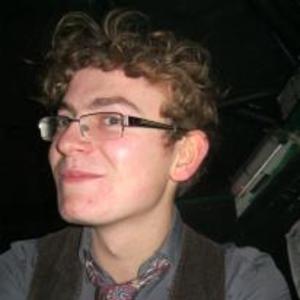 Hormesis contradicts the fundamental evolutionary concept that organisms can’t have it all. Many studies have found that treatments, such as limited stress and diet restriction, can enhance Darwinian fitness without obvious costs. This is a problem for our understanding of trade-offs as it suggests both that organismal fitness is sub-optimal, and that organisms can avoid trade-offs between life history traits. However, few studies have considered the possibility that hormesis is driven by a trade-off between Darwinian fitness and pathogen resistance. Here we show that topical treatment with an inactive fungus increases the survival and fecundity of various strains of the fruit fly. Using mutant strains and the Gal4::UAS knockdown system, we show that the heat shock protein Hsp83, and the generalist stress gene TotC, are required for this response. Preliminary evidence suggests that this hormetic response depends both on the temperature and diet of the host. These results are important as they identify the genetic basis of a novel hormetic response and provide a potential explanation for phenomena which appear to defy the constraints apparent in life history trade-offs: that hormetic responses are only beneficial under a narrow range of ecological conditions. Thus, our results are consistent with the hypothesis that hormesis also involves trade-offs.

Although it is well known that mating increases the risk of infection, we do not know whether females have adaptive responses to mitigate the fitness costs of sexually transmitted infections (STIs). The major problem has been that we lack a suitable model host/pathogen system for studying the costs of STIs. Recently, Turandot-M (TotM), a member of the Turandot family of genes involved in immune and stress response, has been shown to be upregulated in female Drosophila melanogaster when they hear male courtship songs. Here we use the Gal4/UAS RNAi gene knockdown system to test whether TotM provides survival and fecundity benefits for females that mate with fungus-infected males. We show that when the fungus, Metarhizium robertsii, is sexually transmitted it reduces female reproductive output across all fly lines. By comparing the knockdown line (Gal4/UAS-TotM) with control lines (Gal4/+ and UAS-TotM/+), we found that TotM provides a survival benefit for females infected with an STI and a survival cost for healthy females. Interestingly, TotM does not provide a benefit for females under direct topical infection with M. robertsii. Together these results show that TotM plays a previously-overlooked role in defence against STIs and it suggests that females use auditory cues to anticipate the immune challenges that come with mating.