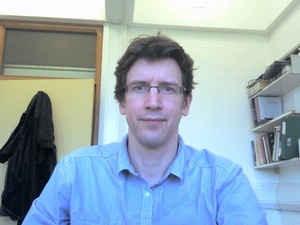 The evolutionary causes and consequences of divergence in antibiotic resistance between bacterial species: insights from comparative and experimental studies

This talk will address two unresolved problems: i) Why do species of bacteria differ in their intrinsic resistance to low levels of antibiotics that are found in natural environments? And, ii) How does variation between species of bacteria impact their ability to evolve resistance to high levels of antibiotics that are found in clinical environments? To address these questions, we study antibiotic resistance in bacteria from the genus Pseudomonas: this genus of bacteria shows exceptional levels of phenotypic and genetic diversity, and antibiotic resistance in P.aeruginosa has emerged an important clinical problem. First, I will show how integrating phenotypic and functional genetic measures of resistance into a comparative framework can be used to infer historical patterns of selection on antibiotic resistance and identify the genetic mechanisms that underlie variation in resistance levels between species of bacteria. This comparative work shows that selection drives divergence in resistance among species, and that the underlying genetic mechanism driving this divergence is changes in the number of antibiotic efflux pumps. Second, I will present the results of experiments that explore the ability of different species of Pseudomonas to adapt to a common selective pressure , in the form of a lethal dose of the antibiotic rifampicin. These experiments show that different species vary substantially in their ability to evolve rifampicin resistance, and that this divergence is driven by variation in the mutation spectrum and epistasis for fitness across species. Importantly, we find no evidence of a connection between intrinsic resistance and the ability to evolve high levels of antibiotic resistance. In a broader evolutionary framework, this talk will provide novel insights into how and why species show convergent and divergent adaptations to common selective pressures at a molecular and phenotypic level.