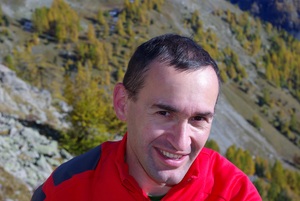 Marine populations are considered as demographically open populations linked by strong connectivity. The low levels of genetic differentiation observed at large geographic distances in many species is explained by the high dispersal capacities of these organisms linked with the occurrence of a larval phase in their life cycle. However, this view was recently questioned in various species such as sessile cnidarians in which significant genetic structure has been reported at local and regional scales. These results call for a reassessment of the connectivity in the sea by focusing on low dispersive species. In order to disentangle the relative impact of demographic and environmental processes on their connectivity, we performed a comparative analysis between two octocorals, the red coral Corallium rubrum and the red gorgonian Paramuricea clavata, in the same geographical area (North-Western Mediterranean). These species both inhabit contrasted ecological environment (e.g. different thermal regimes) and are confronted to past and current climate changes. Based on an extensive sampling and on microsatellite markers, we first compare different methods allowing the analysis of genetic structure and dispersal at different time scales: individual clustering, assignment, isolation by distance and probabilistic estimates of long-term dispersal. Then, we interpret genetic estimates of dispersal in the context of the evolution of these species in their complex landscape and of the interaction between migration and selection. The obtained results enhance our understanding of the mechanisms implied in the short distance differentiation observed in these species, including migration rate, effective population size and environmental parameters. We finally discuss the management and conservation issues related to these results and propose new research perspectives in this context.

The puzzle of cnidarian adaptation: an integrative approach

The ongoing climate change raises the question of the adaptability of species to heterogeneous and changing environment. This question is particularly important for long-lived and sessile species such as corals which may display low dispersal abilities. Studying adaptation and phenotypic plasticity in such species will help us understanding how they may produce adequate phenotypes allowing populations persistence or resilience. It is more and more clear today that studying these questions in these models requires considering all the partners of the coral considered as a complex meta-organism where several evolutionary units must be taken into account. Here we review the empirical evidences for diverse and interactive adaptive mechanisms playing in corals in the context of climate change. We report data generated at the community, population and individual levels and demonstrating how ecological conditions and life history of individuals influence adaptability. We also stress the putative role of acclimatization and epigenetic mechanisms in the response to stress and data concerning inter-individual variations suggesting the potential for genetic adaptation. We discuss the relative importance, time scales and interactions of these processes for the persistence of coral populations. Considering these different data and ensuing hypothesis, we propose here an experimental framework allowing to disentangle the role of these different processes and of the different partners of the coral holobiont in adaptive ability of corals confronted to global changes.