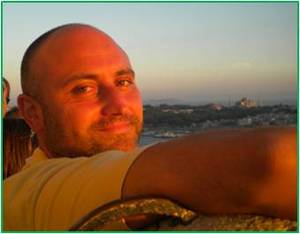 Based on increasing knowledge, cyanobacteria are prone to gene-flow, as are other prokaryots. The planktonic genus Planktothrix showed remarkable signals of both homologous and non-homologous recombination. However, it is not yet clear how frequent recombination is and whether this phenomenon impacts population structuring. In the frame of a population genetics study, we characterized 290 Planktothrix strains isolated from seven neighbouring lakes in the subalpine Italian region with multi locus sequence typing. Four of six house-keeping loci analysed were polymorphic, resulting in 20 distinct multi-locus genotypes. Association indices among alleles at different loci were suggestive of a so called ‘epidemic population structure’, thus intermediate between clonal and panmictic structures. Further analyses carried out by using the software ClonalFrame, which is able to infer genealogies from multy-locus datasets impacted by recombination, supported this view by detecting: i) three major clades affected by three distinct recombination events, ii) a recombination rate about equal to the mutation rate and iii) the fact that recombination had an impact in introducing molecular diversity more than double the mutation rate. Furthermore, among-lake diversity, determined by the analysis of molecular variance and verified over an annual cycle in three of seven lakes, appeared as influenced by both recombination processes and local clonal expansions. Our observations suggest that microevolution of the cyanobacterium Planktothrix is frequently impacted by recombination, thus determining a reliable epidemic population structure.

Evolutionary demography of microbes: growth, sex and death in a marine planktonic diatom

Populations of unicellular microalgae are orders of magnitude larger than those of multicellular organisms. They reproduce clonally by binary fission producing massive and, at times, periodical blooms. They cope with dramatic loss factors, such as primary consumers, parasite or viral infections. A sexual phase has been also reported for many species. Sex has a high cost in short-term, since cells have to stop division and invest energy in meiosis. Nonetheless, sex has been conserved in many microalgae, since it allows clonal populations to escape extinction, thus reducing its evolutionary cost in the long-term. Among unicellular microalgae, diatoms are key-players in marine ecosystems. Their landmark is represented by the rigid box-shaped siliceous cell-wall that imposes a progressive decrease in the average cell size of the cell population undergoing mitotic divisions. Larger cell size is generally restituted by sexual reproduction that, in diatoms, combines genetic recombination with the production of ‘young’ large cells. We have chosen the diatom Pseudo-nitzschia multistriata as a model to explore the application of a demographic approach to a planktonic microalga at the LTER station in the Gulf of Naples. The approach included in-situ monitoring of cell abundance and cell size, in-vitro experimentation on the factors that induce the transition between clonal reproduction and the onset of the sexual phase, and modeling simulations. We could follow the birth, maturation, and disappearance of various ‘age classes’ in the natural environment where large-sized cells - indicative of sexual reproduction events - were detected every two years. Our data suggest a collective behavior, apparently fostered by quorum sensing mechanisms, that shapes the periodic alternation between asexual and short-term sexual phases. Finally, our study corroborates the possibility to apply an evolutionary demographic approach to the study of unicellular organisms.