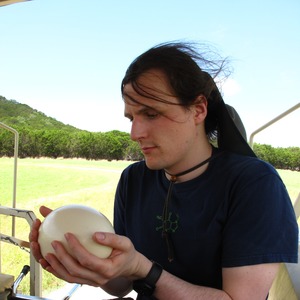 Do closely related species use the same genes to adapt to fluctuating environmental conditions?

For insects, seasonal fluctuating temperature conditions require the ability to acclimate to lower than optimal temperatures in order to remain active. Cold tolerance in insects has been shown to have a genetic basis in numerous groups; however it is not clear if the underlying genetic basis producing this phenotype is the same across species. We used the SOLiD platform to sequence the transcriptomes of two Drosophila species that diverged approximately 9 Myr ago, D. montana and D. virilis, from both cold acclimated and non-cold acclimated individuals. We established the genes which were differentially expressed between the treatments, allowing us to a) identify the genes and pathways involved in cold acclimation in each of the species and b) test whether they are conserved between the two species. Approximately 150 genes were differentially expressed between cold acclimated and non-cold acclimated treatments in D. virilis and D. montana. The biological processes associated with these genes were broadly similar in both species and included circadian clock regulation and metabolism. Despite being involved in broadly similar biological processes, few specific genes were found to be differentially expressed in both species. This suggests that the underlying genetic basis of cold acclimation in both species uses different genes, but similar pathways, to produce a similar phenotype.