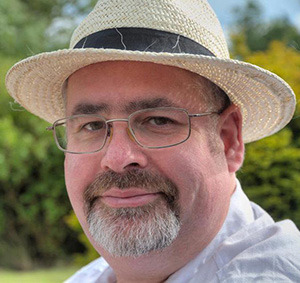 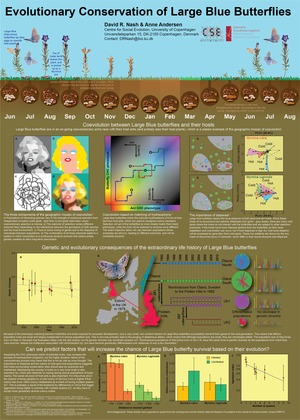 The large blue butterflies (genus Maculinea/Phengaris) are icons of invertebrate conservation. Their rarity is to a large extent due to their complex life cycle during which they exploit both specific host plants and specific host Myrmica ants, which must therefore co-occur. Even when both hosts are present in the same area, there is massive variation in the probability of adoption by and survival in different host ant nests. Over the last few decades we have learnt a great deal about some of the underlying causes of this variation, for example as a result of coevolutionary arms-races in chemical mimicry and the effects of variation in host ant social structure. Over the same period, there have been several attempts to reintroduce large blue butterflies to areas from which they have disappeared, with varying degrees of success. Here we examine to what extent the success of large blue butterfly reintroductions has been increased by a deeper understanding of their evolution, and the genetic and evolutionary consequences of reintroduction programs. We also examine how the success of future conservation efforts could be enhanced based on our current knowledge of the evolution and ecology of the large blue butterflies and their hosts.

Ecological consequences of different kinds and degrees of ant-butterfly symbioses

Lycaenid butterflies show a wide continuum of symbiotic associations with ants, ranging from no to obligate interactions. Mutualistic caterpillars generally feed their ant symbionts with honeydew from their dorsal nectary organ, and in return receive protection from predators and parasitoids. At the other end of the virulence spectrum are species that exploit ants as inquiline social parasites or brood predators, often drastically reducing the fitness of the host ant colony. Here I will report on a project exploring the population level genetic consequences of this variety of lifestyles among lycaenids, using worldwide sample collections and a range of species. The focus is on how kind and degree of interactions with ants affect dispersal (transmission) and population size of the butterflies. Evolutionary theory suggests that virulent parasitic organisms have higher rates of transmission than mutualistic ones (with negative virulence). At the same time, virulence of the butterflies is expected to be negatively correlated with population size, allowing sustainable recovery of the host ant populations. Finally, the challenge of expanding classical population genetic studies beyond the level of congeneric populations will be addressed.

One of the most remarkable and complex parasitic interactions is social parasitism, where a parasite exploits a complete societies, rather than an individual organism. By integrating into a society the parasite gains protection against predators and diseases, and can redirect resources from the host to increase its own fitness. Among the most specialized social parasites are the inquilines that exploit social insect colonies. Inquilines are usually close relatives of their host and so share ancestral characteristics (Emery’s rule). They are dependent on being fully integrated into their host’s colony throughout their lives in order to reproduce. Most inquiline ants have completely lost their sterile worker caste. An exception to this is Acromyrmex insinuator, a parasite of the fungus-growing ant Acromyrmex echinatior. Studies have shown that a threshold proportion of parasite workers in the colony are essential for parasite reproduction. Multiple invasions of parasite queens into host colonies suggest that each parasite queen may need to produce fewer parasite workers and that the reproductive phase can be achieved more quickly. Polygyny among parasite queens is expected to select for intraspecific hyperparasitism, where some queens might cheat by only producing sexual offspring, effectively parasitizing the worker force produced by other queens. We investigated hyperparasitism in A. insinuator by genotyping parasite offspring, workers and alates in polygynous nests to investigate any bias in the production of reproductive castes relative to workers. Hyperparasitism may provide a pathway towards speciation, and can shed light on the evolution of social parasites.