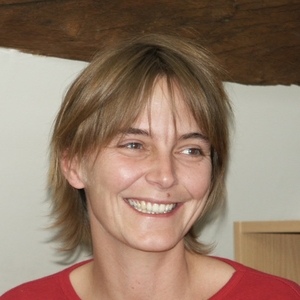 Metabolic pathways implicated in external resource consumption are expected to have an essential role in the evolution of life-history traits. Two extreme life-history trait strategies related to different resource exploitation strategies have been described in the yeast, Saccharomyces cerevisiae : The "grasshoppers" have a high specific glucose consumption rate in fermentation, a large cell size but a low reproduction rate and carrying capacity, while the "ants" have a low specific glucose consumption rate, a small cell size and a high reproduction rate and carrying capacity (Spor et al. 2008, 2009). We have explored the genetic and metabolic bases of « ant » and « grasshopper » life-history strategies. Using mutant analysis, we have shown that variation of expression of glycolytic encoding genes allow moving on the continum between these two extreme life-history strategies (Wang et al. 2011). Using proteomics appoaches we have revealed that not only glycolytic gene expression is involved in the control of yeast life-history strategies but also post-traductionnel modification of specific glycolytic enzymes (Albertin et al. 2013). Finally using experimental evolution, we have found that the evolution towards « ant » or « grashopper » strategies can be explained partly by mutations in a highly pleiotropic gene involved in a hub of more than 200 protein interaction network. This gene is recurrently mutated in the laboratory evolution. The location of the mutations in the gene, and thus in the protein, changes the effect of the mutation on several traits. Altogether, our data highlight the role of both variation in gene expression and also protein structure in the trade-off between life-history traits.

Microorganisms result from billion years of evolution, but research on microbial communities took off recently with the rise of genomics technics. Those one are notably useful to link species diversity, phylogeny and ecosystems functioning. In food-processing environments, species diversity has been characterized in cheese or meat but less extensively in bread. Microbiome of bread doughs has been already described in Italia and Belgium but never in France. Here, we have analyzed the species diversity in bread doughs of five French bakers interested by maintaining biodiversity. The dynamics of species diversity were studied along the bread making process and from one year to another. The density of Lactic Acid Bacteria (LAB) and Yeast was measured using classical microbiology. Species were identified by gene sequencing (5’ region of rDNA 26S and ActI for yeasts, and rDNA 16S for LAB). Biochemical characteristics of (sour)doughs and bread were also measured. Dominant yeast species varied between two bakeries (Candida humilis, Sacharomyces bulderi, S. exiguus or Torulaspora delbrueckii) and also from one year to another. In most cases, the same major yeast species was observed all along the bread making process. By contrast, LAB specific diversity was low with the same dominant species (Lactobacillus sanfranciscensis) found in most bakeries over the two years. The ratio of LAB over yeasts was relatively stable during the bread making process and from one year to another but differed between bakeries. Biochemical properties differed between bakeries and were related to the yeast and LAB frequencies. Previous studies from other European countries indicate that most bakers only maintain S. cerevisiae as Yeast in sourdoughs and the commonly reported LAB:yeasts ratio is 100:1. Taken together, our results suggest that French bakers sourdoughs host an interestingly diverse flora. The links between microbial communities and bread-making practices will be discussed.