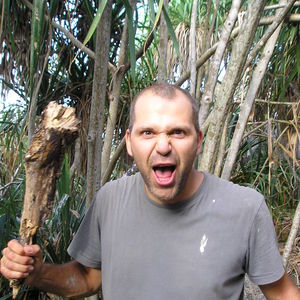 What drives the rapid regeneration of MHC diversity amongst recently bottlenecked populations?

.Population bottlenecks can restrict variation at functional genes, reducing the ability of populations to adapt to new and changing environments. Understanding how populations generate adaptive genetic variation following bottlenecks is therefore central to evolutionary biology. The major histocompatibility complex (MHC) is a multigene family that provides an ideal model for studying adaptive genetic variation due to its central role in pathogen recognition. While de novo MHC sequence variation is generated by point mutation, gene conversion can generate new haplotypes by transferring sections of DNA within and across duplicated MHC loci. However, the extent to which gene conversion generates new MHC haplotypes in wild populations is poorly understood. We used a 454 sequencing protocol to screen MHC variation across all 13 island populations of Berthelot’s pipit (Anthus berthelotii). The recent colonisation of this species (<75,000 years ago), along with the replicated island system gave us a unique opportunity to identify which MHC alleles were involved in the original colonisation events, and which have been generated in situ, post colonisation. This, in turn, allowed us to identify how new MHC haplotypes have been regenerated across the island populations. In light of these results, I will discuss the roles of mutation, gene conversion and selection in generating and maintaining functional genetic diversity in bottlenecked populations.

Understanding the population history of endangered species is important for interpreting contemporary ecological processes, and of conservation high importance. We use microsatellite markers and museum specimens to examine 140 years of genetic diversity change in the Seychelles warbler (Acrocephalus sechellensis), a model system for evolutionary and conservation biology. In the 1960s this species was reduced to ca 30 individuals on a single island, but it is unknown whether it has ever been widespread and abundant. Across museum and contemporary samples, we found a 25% reduction in genetic diversity, which resulted in significant genetic structure. Using simulations we show that the warbler was bottlenecked from a large, outbred population. An ancestral effective population size of over 2,000 was reduced to less than 50 within the last century, which most likely occurred due to human disturbance. The approaches used form a powerful way of inferring population history, thus helping us to understand ecological processes and inform conservation.

The costs of helping behaviour in cooperatively breeding warblers

In several animal species, subordinate individuals forego independent breeding to assist others in raising offspring that are not their own. Several benefits underlying the evolutionary stability of such seemingly altruistic helping behaviour have been invoked, and assessment of variation in individual investment in response to variation in such benefits is often being used to reveal the adaptive significance of these benefits. In the Seychelles warbler Acrocephalus sechellensis, subordinates gain substantial fitness benefits of helping: individuals that start as helpers have higher life time fitness than subordinates that do not help initially. Nonetheless only about half of the subordinates do help. Using a range of physiological measures, we show here that helping carries a substantial cost, as helpers were in poorer condition after the breeding season than non-helping subordinates . Additionally, only individuals in good condition do provide help, because probably only these individuals can overcome the associated costs. This result suggests that, apart from the associated benefits, variation in subordinates’ condition explains part of the variation in helping behaviour. This highlights that considering the condition of the (potential) helper and the costs of helping are important to unravel the benefits of helping, and to understand the variation in the expression of helping behaviour within species.