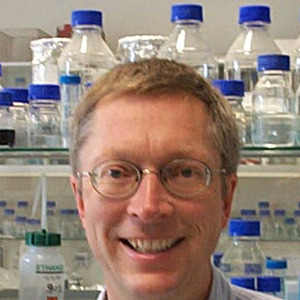 A genetic and ecological dissection of the recent range expansion of the European wasp spider Argiope bruennichi - Consequence of climate change?

Rapid, poleward range expansions are observed for an increasing number of species and commonly attributed to global warming. The role of contemporary adaptation in facilitating such range shifts is often neglected and remains to be discussed. A typical example for a recent range shift is provided by the European wasp spider Argiope bruennichi. Originally limited to the Mediterranean region, the species has greatly expanded its range in the past century and can now be found as far north as Finland. Here we present a detailed phylogeographic analysis of the spider’s range expansion, using mitochondrial DNA sequences, nuclear microsatellites and SNPs. We base our study on a dense, range wide sampling of more than 2000 contemporary samples and about 500 historical museum specimens from the time before the range expansion. The study is complemented by morphological data, thermal tolerance and -preference tests and a reciprocal transplant experiment of native and invasive European wasp spider populations. Using historical DNA, we can show that the spider’s range expansion is accompanied by an increasing admixture of formerly isolated, genetic lineages. At the same time, morphological changes are evident in invasive spiders. The reciprocal transplant experiment indicates local adaptation of recently established populations to their colder overwintering conditions. Moreover, our experiments show that invasive spiders have lowered their temperature tolerance and -preference, indicating a shift of their temperature niche. Based on these results, we speculate that genetic admixture at the species range edge has recently enabled an adaptation of wasp spiders to cold Northern European climates. Currently, we are investigating the genomic signatures of this adaptation, using a whole genome sequencing approach along environmental gradients.

The understanding of the evolution of complex phenotypes, as for example, biological shape, depends on the identification of the genetic variants responsible for between-individual variation, being this the variation over which natural selection would act. For that reason, we used a natural-occurring hybrid system with the aim of identify genetic variants involved in craniofacial bone morphology. Hybrid mice from the Bavarian contact zone between Mus musculus musculus and M.m.domesticus were used in this study. Skull and mandible shape were measured with 3D landmarks and analyzed using Geometric morphometrics. The shape coordinates were reduced to principal component (PC) scores, which were used as phenotypes for the genome wide association mapping. With the aim of detect genes affecting specific regions of the bones, which are not detected by the complex shape changes represented by principal components, 3D pairwise distances between landmarks were also included in the mapping. 14 genetic regions, containing 24 genes were associated with PC axis and 11 regions with 32 genes were associated with pairwise distances. Several of the genes identified are known to be involved in bone morphogenesis suggesting that the association mapping recovers credible candidate regions. One region was identified as having general (association with PC1-16.5%) as well as specific effects in skull shape. We are now associating allelic differences in the candidate regions with shape differences across the hybrid zone to identify QTN candidates. Our results not only identified new genes possibly involved in skull morphogenesis, but also indicate that they are responsible for some of the morphological differences between two closely related species, and therefore are relevant for understanding the evolution of morphological divergence. Besides, we show that performing association studies with wild populations from a hybrid zone is a very promising tool for studying complex phenotypes.

We have established a facility to experimentally study allele-frequency changes in mouse populations living under semi-natural conditions. As a first test-case we have studied the Pldi locus. Pldi is a relatively young gene, which evolved de novo around 2.5 – 3.5 MY ago in the genus Mus and is expressed in postmeiotic cells of the testis. Population genetic analysis of this gene region in different subspecies of the house mouse (Mus musculus) raised evidence for positive selection at this locus in M. m. musculus. In order to study the function of this gene, a conditional knockout of the whole gene region has been designed on a C57BL/6 background. Offspring of those knockout mice are viable and fertile, however, a reduction of testis weight and sperm motility could be observed, as well as changes in gene expression of several other genes, which reveals Pldi being part of a regulatory network (Heinen et al. 2009). We have now used semi-natural enclosures with founder populations of 20 mice (10 knockout and 10 wildtype mice) in equal sex ratio each, where mice lived in rooms and could mate freely. Over one year, we monitored all three replicate enclosures regularly every 6-8 weeks and genotyped every mouse in the experiment. In general we aim to answer the question whether we can trace evolution in mouse populations living under semi-natural/semi-controlled conditions. In particular we address the questions whether there are allele frequency changes at the Pldi locus and whether we observe any fitness/reproductive consequences of knockout vs. wildtype mice? Using population genetic analysis tools we can implement all advantages of semi-natural experiments (i.e. known demography of those populations and complete sampling of genotypes) to elucidate the evolutionary dynamics and fitness relevance of the Pldi gene.

Copy number variation (CNV) is a form of genomic structural changes that are considered a major source of intraspecific genetic variation. It is not unusual that CNVs encompass entire genes and their regulatory sequences. As differences in gene copy number can underlie fitness differences between individuals, studying the population dynamics of copy-number variable genes can provide valuable clues to selection and adaptation processes. Here, we analyze genic CNVs from next-generation sequencing data of 27 individuals belonging to four natural populations of the house mouse (Mus musculus). We find that the environmental response genes are overrepresented in genic CNVs in all four populations. CNVnator software was used to genotype all the loci for their respective copy number. This allowed us to examine their variance within and across populations. Apart from the strong population stratification in geographically distinct groups, we observe much higher level of diversity between mouse populations than was previously reported for human populations. Several genes were identified that show no CNV within some populations while being variable in others. These cases stand out from a generally polymorphic CNV background, implying that at least some of them might be subject to selective constraints.