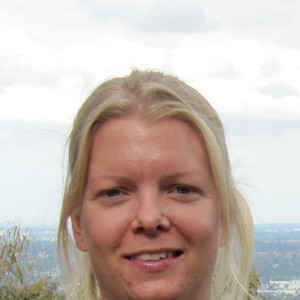 How has the genetic architecture of key life history traits responded to the demographic transition in a human population?

A central issue in evolutionary biology concerns the long-term reliability of predictions of evolutionary change. Theory predicts that the genetic architecture of life history traits (summarised by the additive genetic variance-covariance matrix, G) will change over time and thus affect how traits respond to selection. However, studies have found support both for fast changes as well as for a great consistency in G over time. It thus remains unclear how rapidly and in what manner G itself changes in response to changes in selection pressures or environment.

The demographic transition to low mortality and fertility rates in many recent human populations involves a drastic environmental change, but its consequences for the evolutionary potential of traits have rarely been addressed. We use genealogical data from 8 parishes in Finland, from natural high (5-6 offspring) to recent low (< 2 offspring) fertility over 350 years to address this question at the genetic level. We study four key life history traits; age at first and last reproduction, number of offspring and longevity, all of which show significant phenotypic changes during the time period. We use the animal model quantitative genetic approach to study whether and how the genetic architecture underlying these traits has also changed, by comparing the full G matrix in the periods before and after the demographic transition.

First, we establish significant additive genetic variance and heritability for all traits during both time periods. Second, we present the genetic covariances and correlations between all four traits during both periods. Third, we compare the overall G matrix of the two periods to elucidate if and how G has changed during the demographic transition. The results provide a novel insight in how traits can respond to selection in contemporary human populations and whether the potential for such responses might have changed along with the recent demographic and societal changes.

Divergent selection on, but no genetic conflict over, female and male timing and rate of reproduction in a human population

The sexes often have different phenotypic optima for important life-history traits and because they share much of their genome, this can lead to a conflict over trait expression. In mammals, the obligate costs of reproduction are higher for females, making reproductive timing and rate especially liable to conflict between the sexes. While studies from wild vertebrate populations show support for such sexual conflict, it remains unexplored in humans. We used a pedigreed human population from pre-industrial Finland to estimate sexual conflict over age at first and last reproduction, reproductive lifespan and reproductive rate. We found that the phenotypic selection gradients differed between the sexes. For age at first and last reproduction and reproductive lifespan, the relationships with fitness (number of grandchildren) tended to be nonlinear in women, suggesting an intermediate optimum value, while they were linear in men. Both sexes showed a linear decrease in fitness with increasing reproductive rate. We next established significant heritabilities in both sexes for all traits. All traits, except reproductive rate, showed strongly positive intersexual genetic correlations and were strongly genetically correlated with fitness in both sexes. Moreover, the genetic correlations with fitness were almost identical in men and women. For reproductive rate, the intersexual correlation and the correlation with fitness were weaker but again similar between the sexes. These findings illustrate that apparent sexual conflict at the phenotypic level is not necessarily indicative of an underlying genetic conflict and further emphasize the need for incorporating a genetic perspective into studies of human life-history evolution.