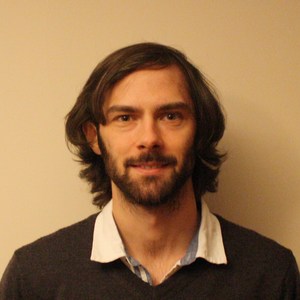 Causes and consequences of developmental plasticity in Daphnia maturation

Maturation is a key life history transition, due to the importance of age and size at maturity in determining fitness. Understanding how maturation phenotypes evolve requires an appreciation of the underlying ontogenetic mechanisms, including the maturation threshold, which determines when an individual ‘decides’ to mature. Maturation thresholds are poorly understood, and little is known about how phenotypically plastic or genetically variable they are, but the parthenogenetic crustacean Daphnia is the ideal organism in which to study their evolution. Statistically modelling the maturation process shows that the maturation threshold is a developmentally plastic trait in response to variable resource availability, and more closely resembles a process with a rate than a discrete switch. The idea that the threshold is better thought of as a rate than a switch is further supported by gene expression changes during maturation. The maturation threshold also differs between genotypes and species of Daphnia, and clone-specific maternal effects in the development and growth rate interact to produce phenotypically plastic adult phenotypes. Furthermore, experiments studying the fitness consequences of maturation variation showed that Daphnia magna genotypes initiating maturation at smaller sizes had a higher intrinsic rate of population increase, but this size did not correlate well with competitive success when five clones were directly competed with each other, suggesting that interactions with other factors were influencing fitness. Maturation thresholds in Daphnia do not appear to be based on a single fixed state, but are responsive to environmental variation. The presence of heritable variation and transgenerational effects in these developmentally plastic traits suggests that they have an important role in the evolution of age and size at maturity.

Maternal-age effects on rates of senescence differ between clones of the water flea, Daphnia pulex: causes and consequences

Senescence is widely believed to be the evolved consequence of life-history strategies that are themselves shaped by extrinsic mortality. Consequently, evolutionary explanations of senescence are static. But recent studies investigating lifespan extension, genetic intervention and dietary restriction suggest that rates of senescence are plastic and may be regulated by the same mechanisms that underpin life-history plasticity. The Lansing effect refers specifically to plasticity in lifespan that are derived from maternal age effects: offspring from older mothers often senesce at faster rates. Lansing demonstrated this effect in rotifers over 60 years ago, and Lansing effects have now been observed in a broad range of taxa. However, there is still no evolutionary framework for the Lansing effect, or a mechanism explaining how maternal age effects are transmitted and alter offspring life-histories. We repeated Lansing's experiments in D. pulex. Using offspring from the first clutch to set up young maternal lines, and offspring from the fifth clutch to set up old maternal lines, we reared three clones for three generations. Offspring development, life-history and rates of senescence were then compared in the fourth generation. Lansing Effects were observed irrespective of the measure of senescence used, and varied in strength between clones. Offspring from old maternal lines were born larger, grew more, initiated maturation at larger sizes, and had increased early lifetime reproductive effort. However, differences in the growth and maturation decisions of offspring from young and old maternal lines were size-independent, supporting Lansing's assertion that older mothers transmit a non-genetic "ageing factor" to their offspring that alters their life-histories. We propose a novel adaptive explanation for the Lansing effect, and discuss the implications that an interaction between genetic and non-genetic inheritance have life-history evolution and population demography.