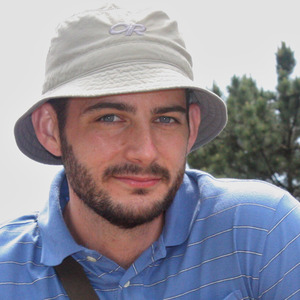 The mechanistic study of ecologically relevant traits is essential for understanding how ecology and development interact in the evolution of novel phenotypes. The nematode model Pristionchus pacificus shows plasticity in its teeth-like feeding structures, which are a novelty that enable predation of other nematodes. The plasticity consists of two discrete forms, stenostomatous (St) and eurystomatous (Eu), the latter bearing a claw-like dorsal tooth and an opposing subventral tooth. To study the genetic basis of the dimorphism, we used forward genetics to isolate Eu-form-defective (eud) mutants. A mutant with dominant alleles, eud-1, is haploinsufficient and was rescued by genetic transformation with a wild-type allele. Extra copies of this X-linked gene also drive highly St males to be Eu, indicating a role for EUD-1 in sexual dimorphism. Overexpression of eud-1 results in saturation of the Eu form and therefore acts as a dose-dependent master switch for the dimorphism. Further experiments revealed that EUD-1 is not only necessary and sufficient for the mouth-form decision in mutants but also represents a key determinant of micro- and macroevolutionary diversification. A survey of over 100 wild populations of P. pacificus gave a population genetics context, revealing natural variation in mouth-form phenotypes. Variation correlated with eud-1 expression, and genetic transformation of highly St strains confirmed the role of EUD-1 as a dimorphism switch. Thus, a gene identified by laboratory genetics can be a key player in natural history. Recent discovery of a sister species to P. pacificus, P. exspectatus, allows tests across species boundaries by the success of hybrid crosses, and transformation by this technique showed maintenance of the EUD-1 switch in macroevolution. By integrating genetics analysis, phylogenetics, and natural history, studies in this system ultimately aim to test the role of phenotypic plasticity in the evolution of novelty.