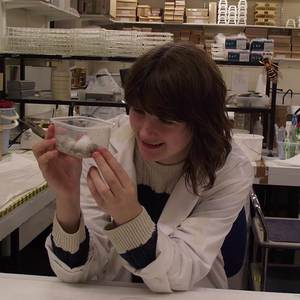 Why is there so little pre-copulatory choice in a promiscuous seed bug?

Male bugs of the family Lygaeidae have been recorded to sexually harass and even mate with females of different species, both in the wild and in the laboratory. Studies have shown that female bugs suffer fitness costs from repeated male harassment, and that this may even be the case when this harassment comes from heterospecifics. We present recent findings that suggest that these inter-specific mating attempts are not the result of an inability to distinguish between conspecifics and heterospecifics, but rather a failure to use that information to inform mating decisions. We suggest that the available data on the mating system of these seed bugs may explain this pattern. For instance, males appear able to correctly differentiate conspecifics from heterospecifics under some circumstances, and will do so during interactions that require greater investment (i.e. mate guarding). As most seed bug species live in patchy habitats, encounter rates in the wild may be low and selection may act to reduce male choosiness during the early stages of copulation in order to avoid missing out on potential mating opportunities. The lack of any obvious pre-copulatory courtship supports this model of opportunistic mating. Additionally, the evolution of pre-copulatory courtship and signals may be constrained due to the aposematic nature of many seed bug species. This may mean instead that post-copulatory sexual selection, including a high frequency of mating failures, may be key determinant of non-random mating in these species.