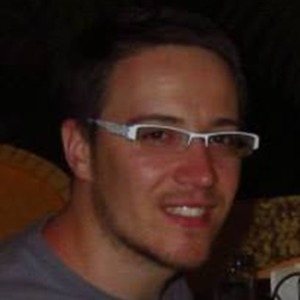 Repetitive DNA and insights into genome evolution in insects

Simple sequence repeats are common features of insect genomes, considered to evolve mostly neutrally, with a high turnover due to high mutation rates. We studied the conservation of these repetitive DNA elements in evolutionary time scales in genomes of insect species and could show that large numbers of these microsatellites can be retained over many million years. We compared Dipteran species with Hymenopteran species in relation to divergence time, and found a loss of microsatellites twice as fast in the flies, indicating a slower genome evolution in Hymenoptera which is consistent with previous studies based on substitution rates in coding sequences. However, if the generation time is considered, the Diptera actually show an 8.5-fold slower rate than the Hymenoptera, suggesting a faster genome evolution. Such microsatellite loci conserved between genomes of related species furthermore allow for genome-wide high resolution analyses of synteny as well as the comparison, correction and improvement of genome assemblies. Interspersed repetitive elements – Retrotransposons and DNA Transposons – are considered as mobile genomic “parasites” and can be found in most species. With a genome-wide scan in twelve bee species, we study the diversities and abundances of these elements. Whereas solitary bee species show high levels of both diversity and abundance, some lineages appear to have lost most of it. The eusocial bumblebee and stingless bee species lack many types of these elements, but the most extreme case are three analysed honeybee species with genomes that are almost devoid of any retrotransposons. Furthermore, we find evidence for potential horizontal gene transfer, indicated by high sequence homologies between transposon elements from very distant non-insect species. In general, our results show that repetitive elements in spite of enhanced mutation rates can be used as a powerful tool for analysing patterns of genome evolution.

We developed a new and efficient method (RESTseq) to employ benchtop next generation sequencing for efficient population genomic and genetic studies. In contrast to existing methods like RAD or GBS, this improved approach is a valuable alternative for a cost efficient, highly flexible and repeatable enrichment of DNA fragments from digested genomic DNA. With our method the sample preparation is fully scalable making it available for any platform including small scale Personal Genome sequencers like Ion Torrent. Easy adjustments to this method provide a very conveniant opportunity for sequencing highly pooled samples for population genetic studies aiming at only small numbers of SNP markers. Thus it can be used for large scale (high numbers of markers or individuals) SNP genotyping in model and non-model organisms. We demonstrate the validity and reproducability of our approach by comparing two honeybee samples at genomic level with genotyping several thousand SNP markers as well as with a pooled sample of a non-model stingless bee aiming at less than 1000 SNPs per individual for a population genetic study.