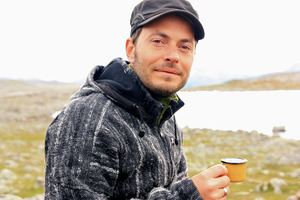 Next-generation sequencing (NGS) methods that allow for genome scan in multiple individuals are expected to trigger a new golden age in phylogeography, phylogenetics and population genetics likely merging these fields with ecological genomics. Neutral and adaptive processes are now likely to be addressed with the same toolkit of molecular markers. However, the implementation of whole-genome data in ecological adaptations studies is far advanced than in the investigation of neutral evolutionary dynamics. This is mainly due to the most common output data type of most NGS methods (e.g. unlinked SNPs) in contrast with the historical importance of using gene trees, mainly through coalescent-based analytical approaches, in phylogeography and phylogenetics. Nevertheless, solutions that can make the set of excellent statistical tools for DNA sequences analysis, employed in phylogeography and phylogenetics so far, available to deal with NGS data are of the utmost importance. Here we will show how RAD sequencing data can be used to address classical questions in phylogeography and we will also propose a novel method to use RADseq data to infer past demography in a coalescent-based framework. Two applications of the proposed approach will be shown: i) the analysis the past population history of a king penguin (Aptenodytes patagonicus) colony breeding on Crozet archipelago and ii) the study of the past evolutionary dynamics of two populations of African porcupines (Hystrix cristata and H. africaeaustralis).