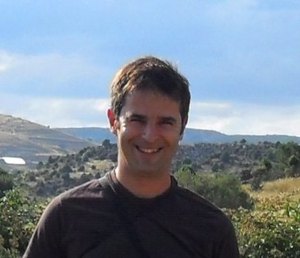 Comparing evolvabilities: common errors surrounding the calculation and use of coefficients of additive genetic variation 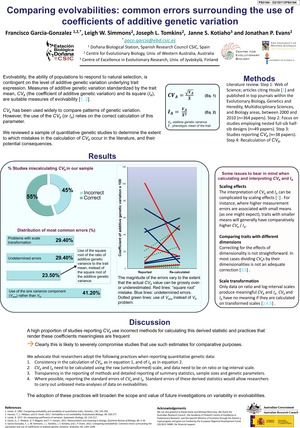 Evolvability, the ability of populations to respond to natural or sexual selection, is contingent on the level of additive genetic variation underlying trait expression. Two valuable evolvability measures are the coefficient of additive genetic variation (CVA) and its square (IA), which standardize the additive genetic variance by the mean of the trait and therefore allow comparisons among traits and taxa. CVA has been used widely to compare patterns of genetic variation. However, the utility of CVAs relies critically on the correct calculation of this parameter. We reviewed a sample of quantitative genetic studies, focusing on full sib-half sib breeding designs, and found that 45% of studies use incorrect methods for calculating CVA and that practices that render these coefficients meaningless are frequent. This is likely to compromise studies that use such statistics for comparative purposes. Our results are suggestive of a broader problem because miscalculation of the additive genetic variance from a sire model is prevalent among the studies sampled, implying that other important quantitative genetic parameters might also often be estimated incorrectly. Here we outline some issues affecting the use of CVA and IA, including scale effects, data transformation, and the comparison of traits with different dimensions. We also compile general guidelines for calculating, reporting and interpreting these evolvability measures in future studies.