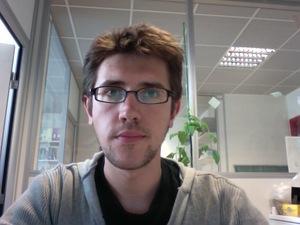 Although often neglected, the evidences of senescence occurring in the wild are accumulating (1) and there is a growing interest towards a clarification of how the mortality trajectories have been shaped by the ecological conditions (2). The challenge now lies in understanding the diversity of ageing patterns in the light of evolutionary theory (3). We developed an experimental system in the laboratory to assess these questions on the small and long-living Collembola Folsomia candida (4,5). We performed long term microcosms experiments to question how mortality trajectories have been shaped on the short- and long-term by trade-offs between traits. We found that within species genetic differences in ageing patterns can be explained with differences in growth and reproductive strategies: comparison of different lineages showed that initial mortality rate and age at onset of senescence are negatively correlated - a result coherent with recent predictions based on the 'disposable soma' theory of ageing (6). We also demonstrate that plastic adjustments of major life history traits triggered by changes in resource availability even late in life lead cohorts to shift from constant mortality trajectories (negligible senescence) to accelerated senescence. Our results emphasises the need for a more integrated ecological comprehension of the effects of environment and its fluctuations to understand how natural selection shapes ageing patterns. 1. D. H. Nussey et al., Ageing Research Reviews 12, 214-25 (2013). 2. A. Baudisch, J. W. Vaupel, Science 338, 618-9 (2012). 3. M. Bronikowski et al., Science 331, 1325-8 (2011). 4. T. Tully, R. Ferrière, PLoS One 3, e3207 (2008). 5. T. Tully, A. Lambert, Evolution 65, 3013-20 (2011). 6. M. J. Wensink et al. Biogerontology 13, 197-201 (2012).

When to shrink? Understanding the evolution of negative growth in ectotherms

Body size is a key trait linked to the main determinants of fitness: fecundity and mortality (1). For many ectotherms, adult body size is plastic and follows the temperature size rule: individuals grow smaller at higher temperatures (2). Adapting the body size to the environmental condition is crucial and species with continuous growth such as fish and ametabolous hexapods benefit from their ability to adjust their size throughout life (3). But growing larger is in general considered to be the only option for theses organisms whereas shrinking could be advantageous especially if the organism has to cope with a temperature increase. We experimentally demonstrate that such shrinking occurs in the Collembola Folsomia candida - an ametabolous hexapode which continues moulting during its whole life - when they undergo a temperature increase. Comparing multiple clonal strains, we demonstrate genetic variability for this ability to shrink suggesting that negative growth can evolve under natural selection. Using a theoretical model fitted to the collembolans life cycle, we found that for predictable temperature variation, shrinking evolves for environmental temperature variations happening at a time scale close to the individual’s lifetime. For stochastic temperature variation, negative growth can also be selected, as a way for large individuals to escape high mortality following a temperature increase and therefore avoid being stuck in a so called “size ratchet”. 1. Kingsolver JG, Huey RB. Size, temperature, and fitness: Three rules. Evolutionary Ecology Research 2008;10(2):251-68. 2. Atkinson D, Sibly RM. Why are organisms usually bigger in colder environments? Making sense of a life history puzzle. Trends Ecol Evol 1997;12(6):235-9. 3. Charnov EL. Size and temperature in the evolution of fish life histories. Integr Comp Biol 2004, Dec;44(6):494-7.

Long term studies of natural populations have shown that environmental changes can lead to shifts in life history traits (1) that can be difficult to predict due to complex ecological and evolutionary processes (2). Temperature is known to influence traits such as age or size at maturity, as represented by the temperature-size rule (3). The predictability of these modifications is still largely discussed (4,5). Indeed, individual level reaction norms can be overruled by ecological processes such as density dependence. Using the Collembola Folsomia candida, we described the reaction norms of maturation, growth and asymptotic size under a large range of temperature (6 to 26°C) and examined the structure and dynamics of populations reared under the same temperatures for three years. We used reaction norms to understand and predict variation of adult sizes and growth rates measured in the populations. The population dynamics and structure are shaped by temperature: a high temperature accelerates the life cycle and induces a change of the perceived food provisioning in the populations that alters the competition for the resource. But growth rate and body size in populations were found to be mainly determined by density rather than by the temperature itself. Under specific temperature, competition can trigger growth which leads to reduced population density. This underlines the need to untangle the complex interaction between environement and demography to help predicting how climate change impacts population dynamics. 1. A. Ozgul, S. Tuljapurkar, T. G. Benton, J. M. Pemberton, et al., Science 325, 464-7 (2009). 2. H. Kokko, A. Lopez-Sepulcre, Ecology Letters 10, 773-82 (2007). 3. M. J. Angilletta, Thermal adaptation: a theoretical and empirical synthesis (2009). 4. J. L. Gardner, A. Peters, M. R. Kearney, L. Joseph, R. Heinsohn, Trends Ecol Evol 26, 285-91 (2011). 5. J. A. Sheridan, D. Bickford, Nature Climate Change 1, 401-6 (2011).