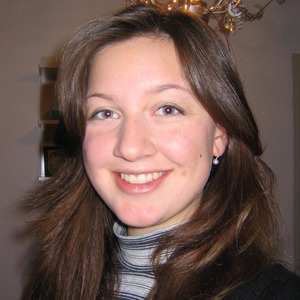 Invasion of new habitats is an important natural process known to require phenotypic plasticity of migrating individuals to cope with their new environments. It is poorly understood though how the potential for plasticity among individuals changes during an invasion. Increased trait variation among phenotypes of individuals experiencing a new environment could indicate the use of different strategies for coping with stress and a disruption of previously adaptive patterns. On the other hand, more uniform patterns in groups subjected to environmental changes would suggest a homogenizing effect of high stress levels. We investigate this question with a particular focus on immunity and immune related genes. The three-spined stickleback (Gasterosteus aculeatus) is known for its repeated and parallel invasion of different freshwater habitats from marine environments throughout the Northern hemisphere. In a lab-based study, we mimic transition from brackish water to freshwater and vice versa. Taking into account multiple biological levels as well as standing genetic variation and phenotypic plasticity, we explore the effects and patterns of variation caused by habitat invasion. Furthermore, we subject fish to experimental infection with the monogenean parasite Gyrodactylus gasterosteus and investigate differences in parasite susceptibility entailed by the mimicked invasion.

Spectacular variation in immune responses of bumblebees to a trypanosome parasite

Social living offers many benefits, but comes with a greater risk of infection, especially when the groups are genetically homogenous, as in some social insects. Surprisingly, the first social insect genome, the honeybee, revealed a reduced immune system. Honeybees, like many other highly social insects mate multiply, producing a genetically diverse and complex colony for parasites to invade. Bumblebees, however, mate singly thereby producing dense colonies of highly related sisters. The bumblebee Bombus terrestris is commonly infected with a trypanosome gut parasite Crithidia bombi. Different genotypes of bumblebees are susceptible to different clones of parasite, but the factors that produce this complex pattern of host-parasite matching remain elusive. We took a transcriptomic approach to understand how bumblebees respond to this parasite and whether host-parasite matching is driven by gene expression differences. We find exceptionally high variation in gene expression upon infection despite the low genetic diversity among sisters. This variation among individuals may be especially important in producing an immunologically diverse population, buffering the colony from parasite spread. We also find that different host genotypes down-regulate the same genes but up-regulate distinct suites of genes upon infection. This pattern suggests a core shared signal of infection, but a unique suite of up-regulated genes. We also find that clones of this parasite alter expression of their hosts differently. Highly infectious clones down regulate important immunological genes such as antimicrobial peptides but colonies differ in the scale of this effect. Host-parasite specificity may be generated by these specific patterns of expression. We discuss how parasites may manipulate host immune responses for their own gain and how variation among workers may contribute to the sustainability of highly related insect societies in a parasite rich world.