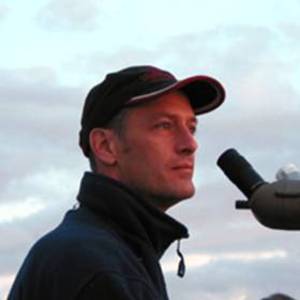 The maintenance of mitochondrial genetic variation by negative frequency-dependent selection

The processes that maintain biological and genetic diversity are not fully understood. Mitochondrial genes, which encode proteins involved in a key energetic pathway in eukaryotic cells, often show high levels of standing genetic variation. This observation is especially puzzling, given the accumulating evidence for life history and fitness effects of mitochondrial genetic variation, because selection should rapidly exhaust genetic variation in the mitochondrial genome. Negative frequency-dependent selection, where the relative fitness of a genotype is inversely related to its frequency in a population, provides a potent and potentially general process that can maintain mitochondrial genetic polymorphism. However, empirical tests of this possibility are lacking. Here, we present experimental evidence that negative frequency-dependent selection acts to maintain polymorphism in mitochondrial genes. We assessed the change in mitochondrial haplotype frequencies over 10 generations of experimental evolution in a large number of seed beetle populations, where haplotypes competed for propagation to subsequent generations. We found that haplotypes consistently increased in frequency when they were initially rare and decreased in frequency when initially common. Furthermore, the strength of frequency-dependent selection was contingent upon epistatic mitonuclear interactions, directly supporting the tenet that intergenomic epistasis is important in mtDNA evolution. Our results have important implications for the use of mtDNA haplotype frequency data to estimate population level phenomena and they revive the general hypothesis that negative frequency-dependent selection may commonly facilitate genetic polymorphism in life history traits.

In organisms with internal fertilization, males transfer seminal fluids to females during copulation. Specific proteins secreted by the male accessory glands (Acps) have profound impact in female reproductive physiology and behavior, affecting fecundity and female remating rate. Thus, these proteins may mediate postcopulatory sexual selection and may generate sexual conflict. Such selection can lead to their rapid evolution, with consequences for speciation. Despite their importance, Acps have been identified and their function elucidated in few cases and our understanding of the genetic variation in Acps production and the selection upon their encoding loci is still incomplete. The main goal of this study is to elucidate the level of genetic variation for Acps across populations in a seed beetle species, Callosobruchus maculatus, and to identify the Acps that mediate the effects upon female fitness through comparative quantitative proteomics studies. By using 7 different populations, we performed an experiment to estimate genetic variation in the Acps that regulate offspring production and female longevity. To obtain the Acp-proteome profile from each population we performed two-dimensional gel electrophoresis (2D-PAGE) and we generated the proteomic fingerprint needed for quantitative comparative analyses. Preliminary results showed that males from different populations have differentially affected female fecundity and longevity. Our results suggest the presence of genetic variation across populations for the effects of the Acps upon the studied female traits. 2D-proteomics comparative analyses showed differences in the Acp-proteome profile across populations, revealing a potential correlation between changes in the proteome and the female fitness. This finding is essential to identify the Acps that mediate the effects upon female fitness. This novel information will offer new insights into the evolution of Acps.

On the condition dependence of male genital spines in the seed beetle C. maculatus

The rapid divergent evolution of genital morphology is largely attributable to postmating sexual selection through cryptic female choice. Yet, our understanding of the evolutionary mechanisms of cryptic female choice for male genital traits is very incomplete. In the seed beetle Callosobruchus maculatus previous research has shown that male reproductive fitness increases with genital spine length. Here, we investigate the effects of artificial selection for male genital spine length on female fitness. We first show that, remarkably, females from lines in which males were artificially selected for longer genital spines exhibited comparatively greater fitness (life-time reproductive success). One explanation for this is that male genital spines in C. maculatus are condition dependent. That is, selecting for longer male genital spines may indirectly select for male genetic quality, and differences in female fitness across these selection lines may be due to shared genetic architecture between the sexes. We test the hypothesis that male genital spines in C. maculatus are condition dependent by rearing genetically independent families (derived from the same base population as the selection lines) through a series of substrates that vary in nutritional value. Differences in genital spine size across developmental substrates indicate condition dependence of the trait. Variation in the degree of condition dependence across genetic families indicates standing genetic variation for condition dependence (G x E), which could account for the fact that artificial selection on male genitalia generates a correlated response in female fitness. We discuss our findings in terms of the origin and maintenance of traits selected via cryptic female choice.

Intralocus sexual conflict (IASC) occurs when selection favors sex-specific optima in traits that have a shared genetic basis in males and females. This form of genetic conflict plays a key role in evolution and is likely to cause a gender load on population fitness. However, even though theory predicts that IASC may hamper adaptation under environmental change, we know very little about its potential role in affecting evolutionary rates under climate warming. We quantified the intersexual genetic correlation for fitness itself at a benign (29˚C) and a stressful (36˚C) temperature in the seed beetle Callosobruchus maculatus, by measuring offspring production of males and females from isofemale lines. In the studied population, there is a substantial gender load on fitness at the benign temperature, signified by a negative genetic correlation between male and female fitness. However, the correlation changed sign and became positive at stressful temperature conditions, suggesting that novel conditions may reduce genetic conflict between the sexes and increase rates of adaptation to climate warming. We estimate intersexual genetic correlations for, and sex-specific selection on, key traits likely to be involved in responses to climate warming (metabolic rate, lifespan, water loss, locomotor activity and body size). These data allow testing of two mechanisms that each predicts reduced conflict at stressful temperatures: 1) a release of cryptic genetic variation that has similar effects on fitness in both sexes and increases the opportunity for selection, and 2) a change and alignment of sex-specific selection differentials under stress.