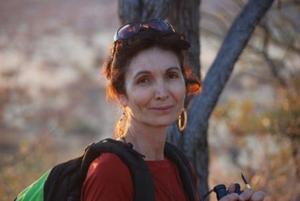 From sexual communication to species recognition: examples from the house mouse

Sexual communication involves transfer of information between potential mates on their identity, quality, compatibility and history. Both endogenous and exogenous factors are expected to shape the evolution of the complex systems made of signals, receptors and preferences. Further, variation in the latter factors could result in divergence between the sexes, populations and species. How potential mates make sense of the diverse information available for mate choice remains an unresolved question. My research addresses this question in rodent species using the olfactory chemosensory channel to communicate. For example, several pheromones involved in social and sexual communication have been described in the house mouse (Mus musculus domesticus). These chemical cues are mostly present in the mouse urine and the mouse marks its territory by depositing urine drops. Moreover, mice are both excellent noses and carry odor signatures that act as fingerprints. Still, despite of this remarkable individual variability population and species differences exist. The house mouse is involved in chromosomal diversification in parts of its range and share a hybrid zone with another subspecies (M. m. musculus) along a north south axis crossing Europe from Scandinavia to the Black sea. Using these different evolutionary and geographical settings, research in my laboratory has addressed the mechanisms involved in mate recognition system divergence. Referring to examples from my research I shall illustrate how genetic drift, local adaptation sexual selection and reproductive interference shape the house mouse mate recognition system and could facilitate speciation.

Is sexual selection involved in the maintenance of the cooperative mound-building in Mus spicilegus?

The mound-building mouse (Mus spicilegus) possesses a unique cooperative behaviour amongst mice. In the beginning of autumn, groups of several individuals construct large earthen mounds in which they overwinter. This building is partly explained by kin selection. However, the presence of some distant or unrelated individuals suggests that kin selection may not suffice to explain this cooperative behaviour. Some observations in animal species suggest that cooperative behaviour increases access to mates. Investigations into whether sexual selection is involved could therefore provide significant insight. Here, spontaneous cooperativeness, exhibited during mound-building in captivity, was first assessed in a sample of 30 male mice captured in the field in Bulgaria. Then, we tested whether male cooperativeness influences mate preference of 20 females captured in the same area. Females significantly preferred cooperative males over non-cooperative ones. This is the first empirical evidence for the influence of sexual selection on cooperative behaviour in another species than humans.