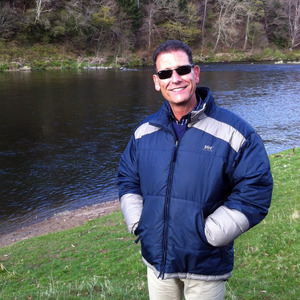 Rapid contemporary evolution has become more common place in response to human-induced pressures such as introductions and overexploitation. One such increasingly significant pressure arises from size-selective harvesting in commercial fisheries which can induce rapid changes in biological traits. While experimental and wild harvested populations often show clear shifts in body size and maturation associated with fishing, the relative contributions of genetic and environmental factors to these shifts remain uncertain and have been much debated. Observations of so-called fisheries-induced evolution (FIE), to date are based solely on phenotypic measures, such as size data, and no genetic data are available. Here, we quantify genetic versus environmental change in response to size-selective harvesting in guppies (Poecilia reticulata) across three generations of selection for small and large body-sized individuals. We document for the first time significant changes at individual genetic loci, some of which have previously been associated with body size. In contrast, variation at neutral microsatellite markers was unaffected by selection, providing direct genetic evidence for rapid evolution induced by size-selective harvesting. These findings demonstrate FIE in an experimental system, with major implications for the sustainability of harvested populations, as well as impacts on size-structured communities and ecosystem processes. Such findings prompt scientists and managers to reconsider the capacity of harvested stocks to adapt to, and recover from, harvesting and predation.