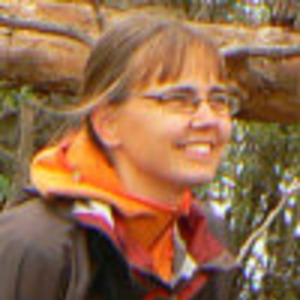 Operational sex ratios, Bateman gradients, competition, care, and then some nasty interference from the deep evolutionary past

Reviews of sexual selection often emphasize one of two concepts. Strong competition for mates is expected when the operational sex ratio (OSR) is biased towards the focal sex, or when the Bateman gradient is steep for the focal sex. Treatments rarely emphasize that not one but two conditions must be satisfied before one expects selection for a trait that enhances mate acquisition: mating multiply must be beneficial for fitness, and achieving this must be difficult without the trait. Because the former idea is captured by the Bateman gradient and the latter by the OSR, the two concepts are complementary, not competing or mutually exclusive. Combining their insights into a single metric can help understand sex roles, but we also need to know the origin of OSR biases. These biases are often related to the way parental duties are divided or shared. The evolution of care roles is an outcome of a mix of positive and negative feedbacks involving e.g. the population-wide adult sex ratio. Together with the fact that it is easier for a parent to provide further care if it is already associated with its young (e.g., a parent that must physically be present at birth is a more likely caregiver later too), this implies that care evolution can feature strong phylogenetic inertia and multiple stable states. This makes care evolution challenging to analyze, but also offers new avenues for understanding e.g. male-biased care in fishes.

Dispersal in a world with edges: hypermobility, inertia, and the population cost of evolution

Dispersal is a fundamental characteristic of organisms -- it determines the spatial, genetic, and demographic structure of population and is necessary for the persistence of any species. However, from the perspective of the individual, dispersal often carries substantial costs that can come in the currencies of energetics, time, risk and opportunities. Often the dispersal strategy favored by individuals will not be the strategy that would be ‘best’ for the population (best in terms of maximizing size or distribution). This leads to one of two results 1) individuals disperse less than is best for the population (“inertia”) or 2) individuals disperse more than is best for the population (“hypermobility”). Models of dispersal are often constructed to avoid edge effects, however, the real world is full of edges. A major risk of dispersal, the possibility of landing in unfavorable habitat, becomes exacerbated in habitats that are not only potentially fragmented but also have sharp boundaries (e.g., an archipelago). One might therefore predict inertia to be a problem in worlds of small size where most habitat is near an edge. Here we construct a model to address these questions. We find that small worlds, small patch carrying capacities, and high dispersal mortality all lead to inertia whereas large worlds, large patch carrying capacities, and low dispersal mortality lead to hypermobility. We also show that although heterogeneity in individual dispersal behavior can increase long-distance dispersal events, this is not guaranteed to be so. In a subset of parameter space heterogeneity actually decreases the probability of long-distance dispersal, in contrast to previous thinking.

Female parental care predominates in most taxa because sperm competition and paternity uncertainty hamper the evolution of male care. What if fathers can, however, increase their share of paternity by providing parental care? Here we show that this provides an important modification to Dawkins and Carlisle’s (1976) cruel bind – the idea that whichever parent releases their gametes first can desert the other, who is left ‘holding the baby’. In our model, post-mating protection of paternity provides an extra incentive for males to stay with their young after gamete release. If offspring survive better when guarded, this paternity protection is enough to kick-start the evolution of male-only parental care from a no-care scenario. Our results help to explain the evolution of parental sex roles in fish, where male-only care (the norm) is associated with external fertilization, whilst female-only care almost always evolves after an initial transition to internal fertilization.

The benefits, costs and evolutionary consequences of genomic imprinting

Under genomic imprinting, alleles “remember” which parent they are derived from and show differential gene expression. Imprinting is an evolutionary puzzle because it carries all the costs of diploidy but foregoes its principal benefit (protection from recessive mutations). Here, I synthesise and critically evaluate the many evolutionary hypotheses for the origin and maintenance of imprinting, while adding at least one more. I also review imprinting’s many costs, and argue that the origin of imprinting is substantially more difficult than the maintenance because of evolutionary changes wrought by imprinting itself. I finish by using theoretical models to consider the long-term consequences of imprinting for adaptation and population fitness.

Understanding promiscuity: when is seeking additional mates better than guarding an already found one?

Male monogamy is expected when a male spends his entire time budget guarding one female rather than acquiring multiple mates. The consensus from theoretical work is that mate-guarding intensifies with an increasing male bias in the adult sex ratio (ASR). Given that both male and female biased ASRs are observed, why is it that promiscuity is more common than male monogamy? We address this question with a model that allows males to combine paternity protection from guarding with searching for additional females to maximize paternity, i.e. temporally limited guarding. In contrast to existing models we combine pre- and postcopulatory mate guarding in a single model. Our model confirms that the ASR is an important predictor for mate guarding duration. Guarding durations increase with the number of male competitors and decrease with a decrease in female availability. However, a male biased ASR alone does not select for male monogamy. We identify conditions for promiscuity, temporally limited guarding and monogamy. These confirm our suspicions that frequency-dependent payoffs explain the relative infrequent occurrence of male monogamy.

The maintenance of trait polymorphisms in aposematic organisms is an evolutionary puzzle. The advantage of predator learning should drive warning signals of prey towards monomorphism, yet there are several examples of polymorphic aposematic species. Solving the riddle of polymorphism in such challenging cases would therefore represent an important contribution to our understanding of polymorphism maintenance in nature. Here, we examine the role of frequency dependent selection (FDS) on the maintenance of color polymorphism in an aposematic species. While models of frequency dependent selection are common, empirical evaluations are rare. The aposematic wood tiger moth (Parasemia plantaginis) presents two distinct male color morphs (yellow and white). Some populations have an admixture of both morphs whereas a few populations present only one of them. Research has previously shown that the more conspicuous yellow morph has a survival advantage under predation, which increases with morph frequency (i.e. positive FDS). This advantage and positive FDS should lead the yellow morph to fixation, yet this is not the case. We hypothesized that counteracting reproductive FDS (negative or positive) could maintain the polymorphism. First, we tested for reproductive FDS in the species using semi-natural enclosures set with three different frequencies of male color morphs (control, white-biased, and yellow-biased) to examine if the rare or common morph has a mating advantage. The experiment showed positive FDS in mating success for both morphs. Second, we formulated a theoretical model to test whether these results, and previous results on survival, can explain the maintenance of the observed polymorphism. The model showed that our patterns of positive frequency dependence can lead to polymorphism if considered in a spatial context, where variation in interacting ecological factors (e.g. predation), combined with a very small amount of gene flow can maintain the polymorphism.