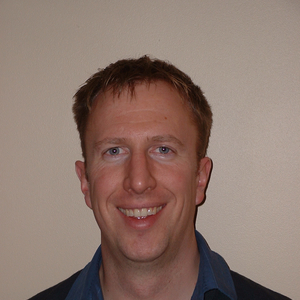 Differences in condition among individuals arise from both genetic and environmental variance in their acquisition and/or assimilation of resources. Such variation in condition can weaken or otherwise obscure the physiological trade-offs among competing life history traits that are thought to necessarily arise from the allocation of finite resources. The nature and extent of among-individual variation in condition will therefore determine whether life history traits co-vary positively or negatively and is therefore central to our understanding of life history trade-offs. Our understanding of condition-dependent trait expression derives almost exclusively from environmental manipulations, yet it is the underlying genetic basis of condition, and the pleiotropy this generates among life history traits, that may have fundamental evolutionary consequences. A comprehensive understanding of life history traits, their trade-offs, and their evolution, will therefore require a detailed knowledge of the impacts on trait expression of both environmental and genetic variation in condition. Here we use a two-way factorial design to provide some of the first experimental data comparing the effects of diet and mutation-accumulation (i.e. environmental and genetic) manipulations of condition on a suite of sexual displays (epicuticular pheromones) and morphological traits in Drosophila melanogaster. Our results reveal that condition is multi-dimensional, with the effect of the environmental manipulation being almost orthogonal to that of the genetic manipulation for both sets of traits in both sexes. Only body size showed concordant effects of diet and mutation accumulation. This suggests that environmental manipulations alone may provide misleading insight into condition-dependence and its effects on the expression, evolution, and trade-offs among competing traits.

The ecology of sexual conflict: parallel evolution of male harm and female resistance in experimental populations of Drosophila melanogaster

Sexual conflict arises when divergent reproductive strategies of males and females generate sexually antagonistic selection that can have large impacts on mortality and reproductive output of both sexes. Sexually antagonistic selection is also recognized as an important driver of divergence and speciation, as male-female arms races may escalate in different phenotypic dimensions in separate populations, even in the absence of environmental differences. However, ecology can have large impacts on the evolution of sexual traits, and can even promote their parallel evolution. Environmental selection may therefore constrain the pathways of sexually antagonistic coevolution, although ecology has not previously been considered in investigations of sexual conflict. We provide some of the first evidence illustrating the importance of environmental selection on sexual conflict, using experimental populations of Drosophila melanogaster adapted to two different environments. Contrary to previous theory, we find no evidence that females have highest resistance to the harm of coevolved males. However, we do find evidence for parallel evolution of male harm and female resistance to male harm, as measured through female lifespan and senescence rates, associated with adaptation to these alternative environments, suggesting that sexual conflict may be predictable based on ecology. Ecologically-induced parallel evolution of traits under sexual conflict may have large impacts on how populations adapt to new environments, and how new species are formed, and ecology must therefore be integrated into considerations of sexually antagonistic coevolution.

Senescence has rarely been shown in systems with high rates of extrinsic (age-independent) mortality such as in wild insects. What is known about senescence is generally based on laboratory model organisms (i.e. exclude extrinsic mortality) or based on studies of wild populations that have not examined senescence experimentally. Thus, we have little information on the extent to which studies in the laboratory correspond to senescence in the wild. The observed patterns of ageing in these systems will be influenced by resource acquisition and allocation to various life-history traits. Theory predicts more rapid ageing in individuals with higher initial mating rates stemming from a trade-off in reproduction vs. somatic maintenance and repair. In turn, the proportion of various energy sources in food, or restriction thereof, may shift the balance in this life history trade-off through their influence on physiological state and condition. Moreover, high-profile effects of caloric restriction in increasing lifespan come from lab populations. Diet manipulations may have much more complex and sex-dependent effects, especially in the wild. Here we take advantage of an extraordinary system - Antler Flies – where extreme site fidelity of males permits estimates of both lifespan and lifetime mating success. We extend previous work demonstrating aging in wild males to address the effects of a diet manipulation and to compare estimates conducted under lab vs. field conditions. Using a factorial design, we estimated senescence in mating rates and probability of survival for males treated with protein, carbohydrates, or water in both lab and field environments. We will discuss the extent to which these resources differentially influence life span, reproductive ageing, and the shape of survival curves. Our results have direct implications for the evolution of demographic patterns and senescence.

Sexual selection is a source of strong directional selection in nature that has received long-standing attention due to its role in the evolution of elaborate sexual ornaments and armaments. Although its contribution to the evolution of sexual traits is uncontroversial, the way in which sexual selection works alongside natural selection, specifically, whether the process favors similar or different allelic variants to natural selection, remains poorly understood. To address this question we assessed the genome-wide response from standing variation to natural and sexual selection using experimental evolution in a fly. RAD-seq sequencing was applied to replicate experimental populations of Drosophila serrata that were allowed to adapt to a novel environment over sixteen generations. Each line was randomly assigned to one of four experimental treatments that reflected a full factorial manipulation of the opportunity for natural and sexual selection. Our analysis of the genomic response suggests that the interaction between natural and sexual selection can lead to contrasting allele frequency trajectories compared to when either process operates alone. In the course of outlining our study I will address some of the statistical challenges posed by the analysis of “evolve and resequence” studies that are short-term and often involve highly polygenic responses. This will include our application of multivariate tools and generalised linear mixed effects models to experimental evolution data.