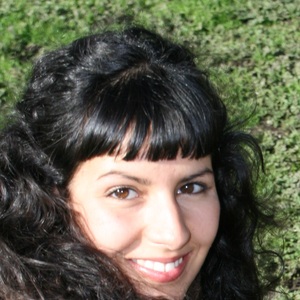 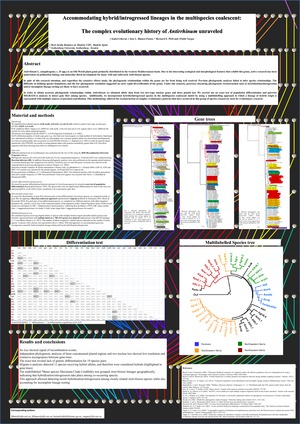 Antirrhinum L. (snapdragons; c. 25 spp.) is an Old World plant genus primarily distributed in the western Mediterranean basin. Antirrhinum exhibits many interesting ecological and morphological features. Active research has been undertaken on pollination biology and biogeography and some species (mainly Antirrhinum majus L.) have been traditionally much appreciated due to its ornamental value as well as to its importance as a model system for molecular floral development. In spite of this research attention, and regardless the extensive efforts made, the phylogenetic relationships within the genus are far from being well resolved. Previous phylogenetic analyses failed to infer species relationships within the genus. The difficulty in defining species boundaries and the low phylogenetic resolution suggested an early rapid diversification of the genus. Under this scenario, processes obscuring phylogenetic reconstruction such as hybridization/introgression and/or incomplete lineage sorting are likely to have occurred. Moreover, hybridization processes in field and under controlled conditions were previously reported in several Antirrhinum species. In order to obtain accurate phylogenetic relationships within Antirrhinum we obtained allelic data from two low-copy nuclear genes and three plastid loci. We carried out coalescent-based simulations to distinguish hybridization from coalescent stochasticity. Additionally, we incorporated hybrids/introgressed species in the multispecies coalescent model by using a multilabelling approach in which a lineage of hybrid origin is represented with two sources of parental contribution. This methodology allowed the accurate reconstruction of complex evolutionary patterns that have occurred in this group of species extensively used for evolutionary research.