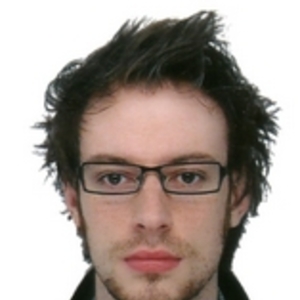 Cotesia sesamiae are small parasitoid wasps parasitizing over twenty lepidopteran African stem borer species. It is thought that local adaptation to these different host species is mediated by their symbiotic bracoviruses (BVs). BVs derive from large DNA viruses and have been stably integrated in the wasp genome. The wasp use BVs to introduce ~150 genes in parasitized caterpillars, inducing immunosuppression and allowing wasp larval development. In C. sesamiae, different alleles of the CrV1 BV gene explain parasitic success in a particular host species. Nonetheless, other BV genes could be involved in wasp local adaptation or specialization to their lepidopteran hosts. To investigate this, we focused on the BV genome of 25 samples representative of different African C. sesamiae populations. As we worked with tiny organisms, we used custom-made targeted sequence capture to enrich our sequence library in BV genomes (257 kb) prior to Illumina resequencing. This proved to be a very efficient technique as we obtained high target coverage (1100X) and high percentage of mapped reads (90%) for all C. sesamiae populations and for the more distant outgroups. First, we used population genetics tools to identify regions under strong divergent selection by comparing nucleotide diversity (π) and genetic differentiation (FST) along the BV genome and between populations. Secondly, we used a phylogenomic approach to establish the evolutionary relationships between these populations using BV sequence of three outgroup species. Third, comparative genomics helped to assess the effects of particular mutations and identify sites evolving under positive selection. Last, we compared the molecular evolution of all orthologous BV genes both between and within populations and measured the rate of non-synonymous versus synonymous substitutions under a branch-site evolutionary model. Overall our results indicate that different BV genes are at play depending on local host context.