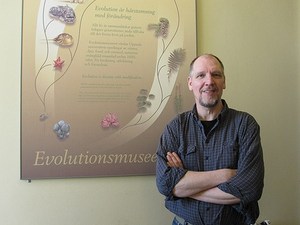 Why genetics, genomics, bioinformatics and evolutionary theory may matter for conservation

Conservation biology and evolution may at fist sight be a contradiction in terms. Evolutionary Biology is about how life on planet Earth has changed and Conservation Biology is concerned about to halt and stop some of the unwanted changes brought about by human impact. In this talk I will argue that to preserve biodiversity and halt the ongoing extinction of populations and species, a fuller understanding of the evolutionary processes brought about by human activities on natural populations is needed. It is now often acknowledged that a useful conservation strategy is to preserve any natural population’s ability to adapt to future change. It is however, less clear how such a conservation program should be implemented. It has been claimed that in order to accomplish this task, conservation programs need to preserve genetic variation within the focal populations. It is however not clear what is meant by 'genetic variation'. I will discuss different approaches how genetic variation can be studied in a conservation context and how genomic data can be used to address issues of genetic variation relevant for conservation using examples from our own research.

Sexual selection is a key area in evolutionary biology, explaining the evolution of seemingly maladaptive traits such as conspicuous mating behaviour. Great snipe (Gallinago media) males aggregate on leks, visited by females for the sole purpose of mating, creating the prospect for intense sexual selection. However, the molecular basis of sexual selection in this species is still unknown. In this study, we sequenced the blood transcriptomes of 14 male great snipe individuals with different mating success to identify genes that might be related to sexual selection. One full 454 FLX Titanium run with individually tagged samples was used, and the de-novo assembly of the great snipe transcriptome using all the data consisted of 4476 transcripts (isotigs) with average length of 896 bp, together with 153431 high-quality singletons. The great snipe transcripts were homologous with 4900 chicken genes and 4853 zebra finch genes. Differential gene expression analyses were performed by comparing the sequencing read counts between the mated (9) and unmated (5) individuals, which allowed us to identify 4 differentially expressed genes. In addition, we also identified 2874 single nucleotide polymorphisms (SNPs) and compared the SNP genotype variation between the mated and unmated groups, which led to the identification of 18 genetically structured SNP loci. The functions of differentially expressed genes included ‘oxygen transport’ and ‘viral RNA degradation’. Interestingly, the gene coding for alpha-1-globin was identified as a candidate for both differential expression and for nucleotide divergence. To establish functional correlations between the candidate loci and the ecological variation, these candidate genes need further investigation. To this end, we provide a large number of functional genetic markers (SNPs and SSRs) that can be utilised in follow-up studies.

Many animal groups inhabiting Central Asia (CA) have complex biogeography, shaped by Plio-Pleistocenic climate and geological events. Relatively recent aridization makes this region interesting from evolutionary perspective as it represents an ideal arena to study evolution of aquatic species as water frogs Pelophylax. Until recently, this genus was considered to be represented by a single species in CA, however our phylogenetic analysis of two mitochondrial and one nuclear loci revealed presence of two divergent water frog taxa: P. terentievi and P. sp., each inhabiting a distinct river drainage. Sympartic occurrence of the heterospecific mtDNA haplotypes in the interflow of these two rivers and presence of heterozygots for the nDNA locus pointed on existence of a complex hybrid zone. Subsequent analyses of 8 codominant loci with STRUCTURE and TESS confirmed presence of 2 distinct genotypic clusters (Fst=0.48) as well as area of their admixture. Inference of admixture classes (NEWHYBRIDS) and the cline analysis (CFit7) pointed on tension type of the hybrid zone. Further, the TESS spatial interpolation map combined with the mtDNA haplotypes distribution data pointed on a zone of unidirectional mitochondrial introgression from P. terentievi to the P. sp. population. We applied environmental niche modelling (MaxEnt) to verify how different are parental populations (n=24 of each P. terentievi and P. sp.) and ones with mt introgression (n=5), having used 19 bioclimatic and 13 other layers. The obtained prediction models were highly reliable (mean AUC=0.997). Mean winter temperature had unique and high (accounted for 36% of the predicted range) impact on the model of populations with introgressed mitochondrial DNA. Hence, we speculate that hybridization of the two divergent water frog species and subsequent introgression of heterospecific mitochondrial DNA into the marginal populations of P. sp. promoted them to occupy novel ecological niche.