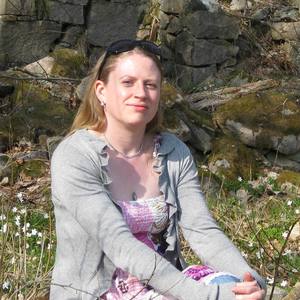 Sexual selection on a cryptic wing pattern trait in Drosophila 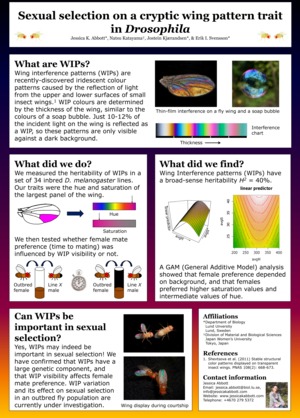 Wing interference patterns (WIPs) are a newly discovered trait in Drosophila, and are caused by thin-film interference of light on the wing surfaces. Only 10-12% of the incident light on the wing is reflected as a WIP, so these patterns are only visible against a dark background. This is also the reason WIPs are a previously overlooked (i.e. cryptic) trait. We have carried out the first comprehensive study of WIPs in Drosophila, and have been able to confirm that although WIPs are influenced by wing size, there is a large genetic component to WIP variation. We have also carried out a manipulative mate choice experiment, where female preference for different WIP phenotypes was tested against light and dark backgrounds. We found that there was a significant effect of WIPs on female preference in the dark background, providing the first evidence that WIPs are a cryptic sexually selected trait in Drosophila melanogaster.