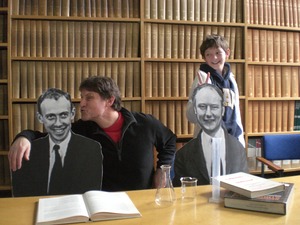 A crucial part of the adaptive immune system of jawed vertebrates is recognition by T lymphocytes of pathogen components presented by molecules of the major histocompatibility complex (MHC). MHC genes often have high levels of allelic polymorphism and sequence diversity, thought to be due to an on-going arms race with pathogens. However, the strong genetic associations of humans are with autoimmune disease. Starting with the chicken MHC as a model, we have found that key features of the MHC genomic organisation and subsequent function differ between typical mammals and many (if not most) non-mammalian vertebrates. In particular, the chicken MHC is organised differently than typical mammals, which leads to haplotypes of polymorphic interacting genes, which in turn leads to single dominantly-expressed MHC class I and class II molecules, which finally leads to strong genetic associations with resistance and susceptibility to infectious pathogens. The salient features discovered for the chicken MHC are shared with many non-mammalian vertebrates and are likely ancestral, with the organisation of the typical mammalian MHC arising from an inversion. However, among jawed vertebrates there are at least two other functional strategies for the MHC which have arisen independently, and still others (like passerine birds) not well understood. The co-evolution between antigen processing and antigen presenting genes should mean that evolution is slower in chickens than in mammals, so we have tried to understand the molecular basis for function in an historic recombinant, and have screened many commercial chickens and other populations for such recombinants.