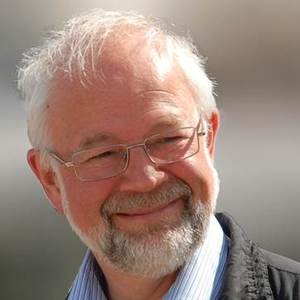 The attine fungus-growing ants have become true model systems for the study of symbiotic adaptations now that high-quality reference genomes are increasingly available. This has given remarkable opportunities for pursuing molecular approaches to make connections between phenotypic traits and the expression of specific genes. High throughput sequencing techniques are now also allowing exploration of the diversity of additional symbiont communities, although the reconstruction of their function is challenging when they cannot be cultured. I will give an overview of recent developments and identify likely directions of future work.

Attine ants are good models for investigating complex biological interactions because every ant family is part of a symbiotic network with at least seven obligate participants: the fungus garden which is their primary food, Escovopsis fungus garden pathogens, cuticular Actinobacteria that produce antibiotics and their black yeast competitors, and two clades of nitrogen-fixing bacteria in gardens. However, there may be many more participants in the gut microbiome, but this community has essentially remained unexplored in spite of further mutualists being likely to occur there due to the highly specialized diets of the ants. We used 16S 454 pyrosequencing to identify gut bacteria in eight Panamanian genera of fungus-growing ants from both field and lab colonies. We complemented these data with FISH microscopy providing insight in the bacterial localization and possible roles of some of these bacteria in the ant-fungus mutualism. Mapping some of the prevalent OTUs on the attine phylogenetic tree showed a number of distinct patterns that appear consistent with major transitions in social and symbiont evolution.

Specificity and stability of the Acromyrmex-Pseudonocardia symbiosis in changing environments

Fungus-growing ants live in a complex symbiosis involving both fungal and bacterial partners. Among these are Actinobacteria of the genus Pseudonocardia that are maintained on the ant cuticle to produce antibiotics, primarily against a parasitic fungus of the garden symbiont. The symbiosis has been assumed to be a hallmark of evolutionary stability, but this notion has been challenged by culturing and sequencing data. We used 454 pyrosequencing of 16S rRNA to estimate the diversity of the cuticular bacterial community of the leaf-cutting ant Acromyrmex echinatior from Panama. We used field and lab samples of the same colonies, the latter after colonies had been kept under laboratory conditions for up to 10 years. We show that the bacterial communities are highly colony-specific and stable over time. The majority of colonies (25/26) had a single dominant Pseudonocardia strain and only two strains were found in the Gamboa population across 17 years, confirming an earlier study. The microbial community on newly hatched ants consisted almost exclusively of Pseudonocardia while other Actinobacteria were identified in lower abundances on older ants. These findings are consistent with recent theory predicting that mixtures of antibiotic-producing bacteria can remain mutualistic when dominated by a single vertically transmitted strain.

Fungus-growing termites (subfamily Macrotermitinae, family Termitidae) live in an obligate mutualistic symbiosis with the fungus Termitomyces. All other termites rely on gut microbes for the breakdown of plant material and other forage, and it has been generally assumed that the association with Termitomyces has reduced the need for fermentative gut microbes after the Macrotermitinae became fungus-farmers. Only few studies have explored this in any detail and the identities, levels of interaction-specificity with the termite host, and consistency in bacterial communities between host species have remained largely unknown. Here, we employ bacterial 16S rRNA 454 high-throughput pyrosequencing to identify a potential core microbiome in the fungus-growing termites - i.e., a distinct set of bacteria present across lineages in the termite phylogeny. Comparative analysis of 9 fungus-growing termite species from 5 genera suggests that a core gut microbiome indeed exists, as all bacterial taxa of high abundance were present in all termite species examined. However, quantitative differences in microbiome composition between termite species and genera were also noticed, possibly associated with differences in substrate use and Termitomyces lineage reared. Our results are consistent with major changes in gut microbiomes having occurred when fungus farming evolved 30 MYA, followed by relatively modest elaborations in response to ecological conditions. This might help explain why neither the termites nor Termitomyces ever abandoned the symbiosis or teamed-up with another termite of fungal partner lineage.

Ants are an ecologically important group of insects with a vast array of specialized lifestyles and symbioses. One of the most spectacular ant symbioses is fungus farming, found in a single clade of New World (attine) ants, a mutualism to which the ants contribute plant material in exchange for food provided by the fungal crops. Since this mutualism evolved in the Amazon basin from hunter-gatherer like ancestors some 50 mya, it has undergone a series of evolutionary transitions of which the use of specialized rather than generalist fungal strains, active herbivory rather than using dead plant parts, polymorphic rather than monomorphic worker castes, and multiple rather than single mating of queens are the most important. The advent of high-throughput sequencing techniques now allows these questions to also be addressed at the molecular evolutionary level. In a recent study, we showed that the genome sequence of the leafcutter ant Acromyrmex echinatior, a representative of the most highly derived leaf-cutting fungus-farming ants, has characteristic changes in detoxification pathways, loss of function in arginine metabolism pathways, and expansion of specific peptidase gene-families relative to other ant genomes. We have now sequenced and partly analyzed the genomes of five additional fungus-farming ant species, representing all phylogenetic branches of the higher attine ants and a lower attine outgroup, and thus most of the major evolutionary transitions. These comparative genomic analyses allow us to assess rates of gains and losses of genes and variation in lineage-specific selective pressures, differences that we hope to connect to some of the phenotypic adaptations in the respective lineages.

Communities or single lineages of bacterial symbionts are increasingly recognized as major fitness determinants of insects, and they are particularly likely to be mutualists when host diets are specialized and partially deficient. Some insect hosts have independently domesticated related microbes to meet similar challenges, but whether hosts with different life histories can maintain the same symbionts merely by sharing the same food niche has not been explicitly investigated. The nest-sharing symbiosis between Megalomyrmex social parasites (Formicidae: Solenopsidini) and their fungus-growing ant hosts (Formicidae: Attini) provides a unique opportunity to address this question, as both lineages rely on the same narrow fungal diet, but are only distantly related. We used a combination of 454 pyrosequencing and diagnostic PCR screening to map the diversity of bacteria associated with Megalomyrmex ants across their phylogenetic tree, which also contains clades of free-living generalist predators. We show that a specific group of Entomoplasmatales is associated with socially parasitic ‘thief-ant’, ‘agropredator’ and ‘guest-ant’ lineages of Megalomyrmex and appears to be derived from and always shared with the attine host ants. Moreover, the microbiotas of guest-ants appear to be completely dominated by a specific Bartonellaceae lineage, which can but does not need to be accompanied by the Entomoplasmatales bacteria. Bartonellaceae are native to the guest-ants and are secondarily transmitted to some (ca 40%) but not all host colonies. Our results suggest that host and socially parasitic ants contribute their own vertically transmitted bacteria to their permanent symbiosis and that these bacteria can be asymmetrically transmitted to the partner species via the fungus-garden that they share. The function of these endosymbionts remains unknown.