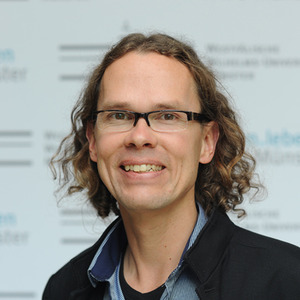 Experimental evolution of hosts and parasites can help to elucidate the genomic basis of fast evolutionary processes. We are therefore using experimental coevolution in the red flour beetle Tribolium castaneum and its microparasite Bacillus thuringiensis to address evolving genetic specificity, while experimental selection on the hosts' immune system addresses the evolution of immunological specificity. We use two different infection routes, the oral route of infection, and infection through septic prick injury, which brings the bacterium into direct contact with the host’s immune system. Through RNA sequencing we characterised the genomic responses of the host to these two infection routes. We found astonishingly distinct transcriptomic responses for oral versus septic infection. To test for genetic differences between host populations we compared the transcriptomic responses to infection between a commonly used laboratory strain and a newly collected, genetically diverse field population. Not only is the latter population more resistant upon oral infection, but we also found that a much higher number of genes were differentially expressed after oral infection. Studying the transcriptomes of the evolved hosts will thus shed further light on the genomic basis of host-parasite coevolution.

Is there horizontal immune transfer in non-social but group-living insetcs?

Social immunity has evolved as an additional level of defense in social insects. Since they live in densely populated colonies of related individuals their risk of infection is high. Social immunity therefore is an upgrade in protection against parasitic attack, on top of individual immunity. Of special interest is the horizontal transfer of immunological protection between individuals as a relevant component of social immunity. Since group-living insects, especially when aggregated in high numbers, share similar risks of infection as social insects, we hypothesize, that horizontal transfer of immunity may also be found in group-living, but non-social insects. To test this, we used the Red Flour Beetle Tribolium castaneum. The beetles live in highly populated densities and have been shown to alter their environment by secreting quinones into the flour as a form of cooperative defense against microbes. Moreover, vertical transfer of immunity (i.e. from parents to offspring) has previously been demonstrated in this species. We cohabitated naive beetles with conspecifics that were either wounded (to activate their immune system) or left naïve. By comparing several immune traits, we found that an activated immune status was transferred to conspecifics. The transfer of an activated immune status among individuals might be an important component of the defense level of a population.

The phenomenon of immune priming and its transfer to the offspring as trans-generational priming has now been demonstrated for number of insect species, including the red flour beetle Tribolium castaneum. For testing this phenomenon, the majority of studies have focused on introducing the pathogen into the insects' hemolymph by making a small wound in the cuticle. Although such septic injury can occur in nature, many pathogens are able to infect their hosts also via the oral route, i.e. by uptake with the food. Bacillus thuringiensis is a spore-forming, entomopathogenic bacterium, which infects its hosts in this way, and penetrates the host gut epithelium to gain access to the hemocoel. We tested for immune priming of T. castaneum larvae by oral exposure to B. thuringiensis vegetative cells and spores, as well as by media supernatants from bacterial cultures. We found strong induction of immune priming when we exposed the larvae to the sterile media in which bacteria were raised, but not to the heat-killed bacteria, killed spores or low amounts of viable spores. Primed larvae showed increased survival upon oral challenge with a high dose of B. thuringiensis spores. Moreover, they had a longer developmental time, indicating that investment in such a priming response comes with a cost. We moreover show that increased survival in larvae exposed to the priming-inducing diet was not caused by a difference in the size of larvae after priming. We are currently testing for trans-generational oral priming, i.e. whether the offspring of primed individuals shows increased survival upon challenge.

Individual variation in defence can be based on genetic and phenotypic variation in host immune genes. An effective immune response needs to specifically recognise and act against numerous parasites. One way that a host can evolve diversity in immune recognition and effector molecules is through alternative splicing, potentially resulting in variation in gene expression at the individual level. It has been proposed for crustaceans and insects that the alternatively spliced gene Dscam, might be involved in specific immune responses against diverse parasites. Factors in the immune signalling pathways, Imd and Toll, can affect Dscam splice variants, but evidence from the literature appears to be scarce and inconsistent with respect to the effect of parasites on total Dscam mRNA expression. In a first experiment we therefore tested whether Dscam expression is increased after bacterial immune challenge in the red flour beetle, Tribolium castaneum, and the fly, Drosophila melanogaster. In a second experiment we tested whether there is a life-history cost at the individual level of Dscam knock-down in T. castaneum. We predicted that if Dscam is involved in immunity that it would result in reduced survival after a bacterial immune challenge, and given that Dscam has previously been found to be expressed in the gonads and is vital for nervous system development we predicted that there may be a fecundity cost to the knock-down. Our results take a step towards understanding a little more about the role of this intriguing gene in relation to host-pathogen interactions.

Do rising temperatures accelerate the evolutionary arms race of hosts and parasites?

Climate change is expected to impact host-parasite coevolution, but information on effects of climate variables on such systems is sparse. Here, three-spined sticklebacks (Gasterosteus aculeatus) infected with the tapeworm Schistocephalus solidus were experimentally exposed to different temperatures. Hosts and parasites were laboratory offspring of populations from Norway, Spain and Germany. Infections were done at 18°C and temperatures were changed to 13°, 24° or kept at 18°C. Whole transcriptome sequencing (RNAseq, Illumina) was performed with liver RNA from a subset (n=96) of control and infected sticklebacks maintained at 13° and 24°C. Temperature alone had significant effects on the gene expression. Exposure to the parasite boosted the temperature effects on genes expression. At 13°C S. solidus grew slower compared to 18° and 24°C, which might partially be explained by lower metabolic rates, but also by the higher activity of the stickleback’s immune system at 13° compared to 18°and 24°C. This was supported by the gene ontology (GO) analysis of the RNAseq data, which revealed that immune genes of infected sticklebacks were more strongly differentially expressed in infected sticklebacks at 13° compared to 24°C. Parasite growth rates did not simply increase with temperature and were lower at 24° compared to 18°C. This suggests that immune activity of sticklebacks is optimal and represses parasite growth around 13°C, while S. solidus grows best at 18°C. Similar observations were made with different origins of sticklebacks and S. solidus, but Norwegian parasites were more virulent and Norwegian sticklebacks were more resistant than the other origins. In ectothermic systems, at first parasites benefit from rising temperatures, but over-exploitation of hosts at very high temperatures might become maladaptive also for the parasites. The present data suggest that rising temperatures indeed have the potential to accelerate the arms race of hosts and parasites.

The relevance of symbiotic microbial communities in the gut is increasingly being studied in a large number of animal species, from sponges to primates. Although the red flour beetle Tribolium castaneum represents a well-established experimental model organism for studying ecological, evolutionary and developmental topics, to the best of our knowledge, there are no studies on the composition of the gut microbiota of this insect. We examined the bacterial composition of the digestive tract of T. castaneum. For this, two approaches were combined: a culture-independent metagenomic analysis based on 16S rRNA sequences and a classical bacterial cultivation method. The comparison of bacterial 16S rRNA sequences between guts of larval and adult beetles revealed a generally lower diversity of bacterial genera, compared to other insect species. Moreover, the diversity of bacterial genera was higher in guts of adults than in larvae. As expected, cultivation of gut contents on different growth media confirmed only a minor part of the genera found in the metagenomic analysis. The information on bacterial communities in the gut of T. castaneum will be useful for future studies testing interactions between T. castaneum and its microbiota, potential symbionts and pathogens.