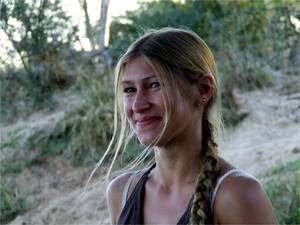 One of the most remarkable and complex parasitic interactions is social parasitism, where a parasite exploits a complete societies, rather than an individual organism. By integrating into a society the parasite gains protection against predators and diseases, and can redirect resources from the host to increase its own fitness. Among the most specialized social parasites are the inquilines that exploit social insect colonies. Inquilines are usually close relatives of their host and so share ancestral characteristics (Emery’s rule). They are dependent on being fully integrated into their host’s colony throughout their lives in order to reproduce. Most inquiline ants have completely lost their sterile worker caste. An exception to this is Acromyrmex insinuator, a parasite of the fungus-growing ant Acromyrmex echinatior. Studies have shown that a threshold proportion of parasite workers in the colony are essential for parasite reproduction. Multiple invasions of parasite queens into host colonies suggest that each parasite queen may need to produce fewer parasite workers and that the reproductive phase can be achieved more quickly. Polygyny among parasite queens is expected to select for intraspecific hyperparasitism, where some queens might cheat by only producing sexual offspring, effectively parasitizing the worker force produced by other queens. We investigated hyperparasitism in A. insinuator by genotyping parasite offspring, workers and alates in polygynous nests to investigate any bias in the production of reproductive castes relative to workers. Hyperparasitism may provide a pathway towards speciation, and can shed light on the evolution of social parasites.