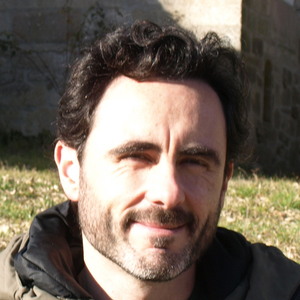 A quantitative genetics approach to equilibrium assessment and equilibrium fitness estimation; an application to study the polymorphism of the human ACP1 in Europe

Studies of equilibrium and stability under selection are liable to further development. With multiple alleles, a tiny proportion of possible genotype frequencies are possible at polymorphic equilibria. I present a quantitative genetics (QG) method for checking whether a set of genotype frequencies are equilibrium frequencies that also provides estimates of the fitnesses of all genotypes. This method is here applied to a one-locus multiallelic system, but applications to multiple-locus systems with epistasis are also possible. Method Classical QG studies focused on directional selection on the phenotype. Considering instead that the trait is fitness enables tracking genotypic frequencies under other selection regimes. Thus, if the additive variance may be minimized to zero for a set of observed frequencies, then these are putative equilibrium frequencies and the corresponding fitnesses are estimates of the equilibrium fitnesses. Two exclusive properties of NOIA are crucial for performing such analysis: it generalizes previous models and it provides explicit expressions of variance components (Álvarez-Castro and Carlborg 2007, Álvarez-Castro and Yang 2011). The human ACP1 polymorphism in Europe Three alleles of ACP1 (A, B, C) coexist in human European populations and C was claimed to be deleterious using biallelic methods. The multiallelic method proposed here shows instead that the observed genotypic frequencies are consistent with a polymorphic equilibrium with fitnesses in accordance with physiological observations (AA affected by fetal macrosomia). NOIA reveals a fast rise of additive variance for slight fitness increases of AA (not published). This may actually be leading to fixation of A in European populations since fetal macrosomia--with the aid of pregnancy monitoring and reasonably safe caesarean sections--entails nowadays less of a problem than it did some decades ago. ALVAREZ-CASTRO & CARLBORG 2007 Genetics 176 ALVAREZ-CASTRO & YANG 2011 Genetica 139

The genetic architecture of several traits whose response to selection could be correlated was carried out by studying their genetic and phenotypic correlations in several cultured families of Mediterranean mussel (Mytilus galloprovinciallis).Growth traits (weight and length at two years of age), hepatopancreas accumulation of Diarrhoeic Shellfish Poisoning (DSP) toxins from plankton) and mantle colour were studied. All these traits are important from the point of view of the commercial production of this species. Although the toxins evaluated in this study are known not to kill individuals, it is possible that, to some extent, their development could be affected by toxin accumulation. To inspect this, we evaluated mussel growth and hepatopancreas toxin concentration in 2500 offspring from a set of 280 potential families obtained by crossing 10 females x 28 males in controlled conditions. After hatching and metamorphosis in lab conditions, mussels were wrapped on ropes hanging from production rafts and exposed to a natural bloom of toxic algae. Phenotypes were measured at individual level including length, weight, colour, and toxin amount and concentration. Using a microsatellite parentage tool, close to 90% individuals were assigned to a specific couple. Some individuals from wild settlement were also detected. With this information phenotype and genotype correlations were obtained for the evaluated traits. For the group of individuals we have analyzed, response to directional selection would be expected for growth, since we have estimated its narrow-sense heritability to be significantly different from zero. Regarding toxin accumulation, we obtained low estimates of narrow-sense heritability. We discuss the implications of the results in terms of a putative trade-off between both traits.