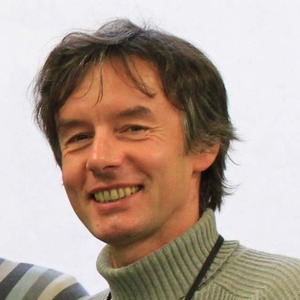 Evolution of MHC gene number: optimality hypothesis and beyond

MHC genes code for proteins involved in recognition of pathogens. Their extreme polymorphism, thought to be driven primarily by selection from parasites, has been subject of much theoretical and empirical work. In addition to allelic diversity, MHC genes are often multiplicated, but the evolution of the MHC copy number received relatively less attention. Optimality hypothesis (Nowak et al. 1992) poses that an increase in parasite recognition capabilities with increased number of MHC molecules expressed is traded off against higher rate of deletion of auto-reactive lymphocytes, thus some intermediate individual MHC diversity should be favoured. Empirical tests of this hypothesis have been hampered by technical difficulties associated with the typing of multi-locus genotypes, but this has now been overcome by new generation sequencing methods. I will review the recent empirical studies of the optimality hypothesis. The presence of multiple MHC genes in the genome may also facilitate creation of new alleles via inter-genic recombination (Ohta 1991). The results of simulations of host-parasite coevolution showed that such newly created alleles are very likely to be retained in populations. This opens the possibility for haplotypes with a high number of MHC copies to hitch-hike with positively selected alleles.

Although, a response to selection at the genomic level has been investigated for some traits, little is known about the genomics of adaptation in ecologically important traits in vertebrates. Here we compared transcriptomes of the bank voles (Myodes glareolus) selected for high swim-induced aerobic metabolism (A) with unselected controls (C). In 13th generation of selection, voles from 4 replicate A lines achieved 48% higher max rates of oxygen consumption than those from 4 C lines (means±SD; A:5.32±0.64, C:3.59±0.57 mlO2/min) and differed in several other morphophysiological and behavioral traits. Our aim was to characterize the differences in allele frequencies and the differences in expression level between A and C lines, and thus pinpoint genes contributing to phenotypic diversification. Using Illumina paired-end sequencing and de novo transcriptome assembling we constructed reference liver and heart transcriptomes. Sequences obtained for each line from pools of liver and heart RNA were mapped to the reference transcriptomes to detect SNPs and measure the expression level. On average 33.5 and 29.3 mln 100 bp reads per line were obtained for liver and heart respectively, which allowed reliable polymorphism detection in over 7 000 genes resulting in more than 80 000 SNPs. About 1 600 of these SNPs showed allele frequency ranges which did not overlap between A and C lines, about 15% more than obtained from simulations assuming the differentiation purely by drift. However, the average differences in frequencies were similar for simulations and the experiment. We also identified a modest number (10 in heart and 45 in liver) of genes that showed more than two-fold differences in expression between A and C lines. Our results show that the rapid phenotypic diversification is accompanied by only minor changes in allele frequencies or expression level making the presence of genes of large effect unlikely and indicating a highly polygenic basis of the selected trait.

The major Histocompability Complex (MHC) class I genes have received a considerable of interest from evolutionary biologists. Their role in parasite recognition and extreme polymorphism makes these genes a paradigm for studying genetic effects on survival, mate choice and pathogen resistance. Exon 3 of MHC class I genes encodes a part of the domain that binds and presents peptides from pathogens. Species possessing many highly polymporphic MHC loci are potentially under strong natural selection from parasites. Determining selection acting on MHC in natural population of such species over extended periods of time offers a great opportunity to reveal mechanisms maintaining MHC diversity. Here we present initial characterization of MHC class I genes diversity in a sedge warbler Acrocephalus schoenobaenus from population inhabiting natural wetlands in the Nida valley, SE Poland. We designed primers and determined diversity at MHC class I exon 3 both in cDNA and gDNA of 4 unrelated individuals with use of Next Generation Sequencing methods. We found extreme diversity at the MHC class I exon 3 of the sedge warbler. This data will be used for designing specific primers amplifying functional alleles of MHC class I exon 3 in sedge warbler. Subsequently, we are going to infer long-term selection on MHC class I in the species.

Antler quality in red deer: a test of Hamilton and Zuk hypothesis

The evolution and maintenance of elaborate secondary sexual traits in males has been the subject of intense interest since Darwin. Hamilton and Zuk (1982) hypothesis of parasite-mediated sexual selection suggests that genetically resistant males can afford to invest more in costly ornaments. Therefore elaborated sexual traits can serve as honest indicators of male health and parasite load. We study the association between the MHC (Major Histocompatibility Complex) class II genes, gastro-intestinal and lung parasite burden and the development of antler (sexual ornament) in red deer (Cervus elaphus). We analyzed associations between antler elaboration (mass and 8 other measurements) and parasite burden (lung nematode larva, abomasum nematodes and fecal egg counts). We found a very complex pattern of relationships. The mass of antler was significantly affected by the lung nematode larva burden. We used 8 antler measurements to describe antler size using principal component analysis (PCA). PC1 (explaining 80% of variance in antler size) was significantly affected by lung nematodes burden and PC3 (explaining 5% of variance) by abomasum nematode burden. We will additionally present results of analyses investigating the effect of MHC genotype on parasite load.

Analysis of population structure of guppies in north-eastern Venezuela, the area of putative incipient speciation

Geographic barriers to gene flow are one of the main causes of genetic isolation. Reproductive isolation often follows, which in turn may lead to speciation. The guppy from the Cumaná region of Eastern Venezuela has been previously described as a case of incipient speciation, significantly differentiated from the common guppy, Poecilia reticulata, which occurs on the other side of Cordillera de la Costa in streams belonging to the Orinoco drainage. Here, we present a comprehensive analysis of differentiation between guppy populations in these two regions of Eastern Venezuela based on mtDNA and a set of 15 microsatellites. We also analyse four phenotypic traits which have been found in earlier work to differ between the Cumaná and common guppy. Guppies inhabiting the two regions divided by Cordillera de la Costa indeed show significant genetic differentiation, but most genetic variation was distributed among populations within regions. Most guppies in the Cumaná region had mtDNA from a distinct lineage, but we also found evidence for a widespread introgression of mtDNA from the Orinoco drainage into the Cumaná region. Populations from the two regions differed significantly in the number of black crescents, but not in other phenotypic traits analysed. Overall, our findings are consistent with only partial genetic isolation between the two geographic regions. Gene flow from the Orinoco drainage may have caused the loss of typical Cumaná morphology in many populations.

The different sexes experience different selective pressures, which can lead to highly divergent phenotypes that are achieved via sex-biased gene expression. As a result of sexual selection and sexual conflict, sex-biased genes are expected to evolve at a faster rate than other genes in the genome. Furthermore, because sexual selection acts more strongly on males, male-biased genes are expected to evolve faster than female-biased genes. We aimed to test these predictions in a model species for sexual selection and conflict research, the bulb mite Rhizoglyphus robini (Acari, Acaridae), in which armored, aggressive fighter males coexist with unarmored scrambler males. We sequenced and de-novo assembled transcriptomes of adult males and females. Expression of 4.0% of 114,456 transcriptome-based gene models (TGMs) was male-biased, whereas 1.3% of TGMs had female-biased expression and this difference was highly significant. For TGMs with protein-coding capacity, the proportion with orthologs identified in the spider mite (Tetranychus urticae) genome was lower for male-biased than for unbiased genes, but was very similar for female-biased and unbiased genes. Mean amino acid distances between male-biased R. robini genes and their T. urticae orthologs were significantly greater than those between unbiased genes and their orthologs; female-biased gene orthologs had distances similar to those of the unbiased orthologs. The higher number and faster evolution of male-biased genes are consistent with the hypothesis that sexual dimorphism is driven mostly by male-biased sexual selection. This hypothesis is further supported by the result that the fighter morph, which is behaviorally and morphologically adapted to intense intrasexual competition, was characterized by a considerably larger number of overexpressed (compared to female expression levels) genes than the less sexually dimorphic scrambler morph.